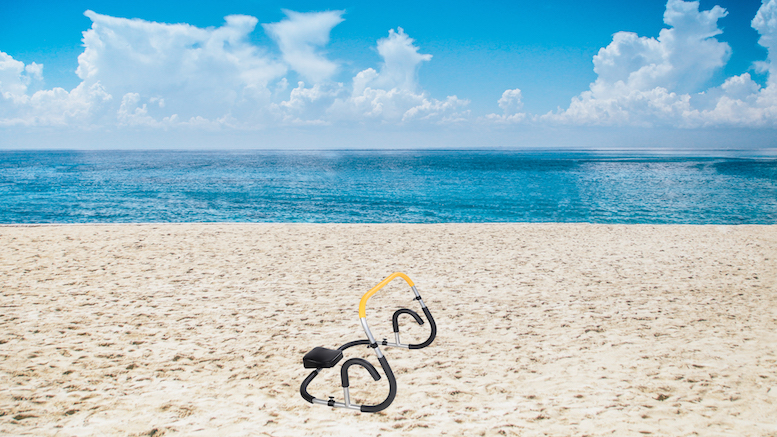 With many trying to keep to New Year’s resolutions to better their lives, a local piece of exercise equipment hopes to break out of the closet for the first time since being placed there during a tidy up seven years ago.

“It’s not like I’m looking to be used by a chiseled athlete on a Hawaiian beach. Just being assembled for the first time in front of the TV would be enough.”

Failing that, the lonely abdominal sculpting device just wants at chance at helping out someone who’s actually serious about trying to get in shape, instead of making semi-intoxicated resolutions once a year.

“Even being returned to the mall would be better than this pointless existence. I still have all the original packaging so it should be possible to get store credit even after all this time.”

Despite wanting to get out of there, it does have some fondness for its place on the high shelf in the closet, which it shares with a vacuum bag storage system and a fondue set still in the box.

“I could have been squeezed under the bed which would have been an even more uncomfortable place to sit around for years on end.”

Word that its owner has resolved to eat better and exercise this year so he can have a sixpack for the first time in his life left that the abdominal cruncher distinctly unimpressed.