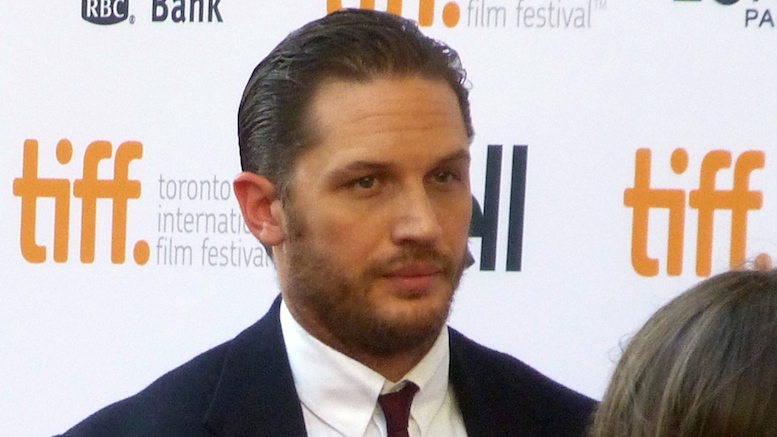 Following closely on the heels of his run-in with a reporter over a crass attempt to question his sexuality, Tom Hardy has again taken exception to an inappropriate question, this time inadvertently killing the impudent interrogator at a distance of 20 feet with the intensity of his facial expression. The fatal incident occurred during yet another promotional event for his latest film ‘Legend’ about the infamous Kray Brothers. A young reporter stood up as Hardy was responding to a serious line of questioning about the research he did to try to understand the mindset of Britain’s more notorious gangland criminals.

“So do you wear boxers or briefs?”

Unlike the previous awkward encounter about his sexuality – where Hardy verbally jousted with the offender to great effect – this time he didn’t speak, but slowly turned to lock eyes with the unfortunate reporter, who then appeared to sit down suddenly. Those nearby said afterwards they assumed he might have briefly fainted at the severity of Hardy’s stare, but they didn’t suspect anything was too amiss.

It was when the press conference concluded and he didn’t leave the room that it was confirmed that he was clinically dead in his seat. Even then it was assumed that he must have had an incidental heart attack due to a pre-existing condition. On hearing the news Hardy intoned his condolences in the manner of a tremulous rumble through an ocean of gravel that filled everyone within earshot with emotion.

It later emerged that the deceased was a young man in his late twenties who had no history of medical problems. Then the autopsy results came back with the cause of death listed simply as ‘Fear’. Authorities said that was unacceptable and asked the coroner to revise the report. It was subsequently amended to read ‘Death by Acute Fear of Tom Hardy’ which was deemed satisfactory.

The knowledge that Hardy’s stare, already known to be intense, can prove lethal across a room is something the actor does not takes lightly and he intends to make changes going forward. He announced his intention only to do press conferences from behind a curtain and with a voicebox designed to make him sound more like Owen Wilson. In order to protect his co-stars he has indicated privately that he will only take light-hearted comedy roles in the future, as opposed to the gloomy dramas he has thrived in to date.

“Think of me as a Jerry Lewis for the 21st century from now on.”