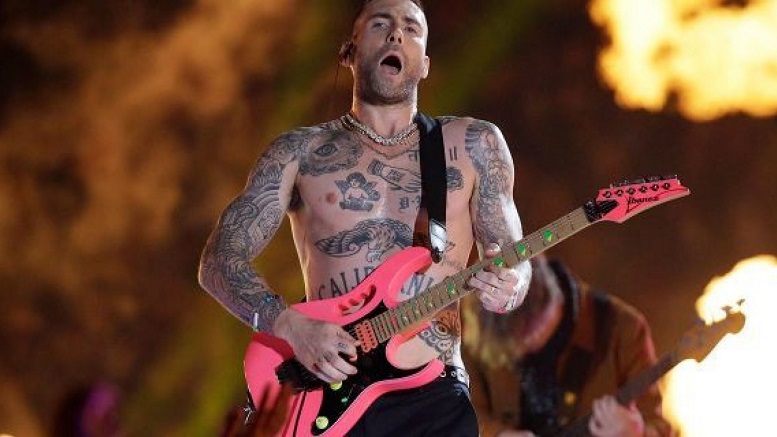 Maroon 5 lead singer Adam Levine is still in a coma in an Atlanta hospital today, after having been sacked by the LA Rams defense while performing as part of the Super Bowl Half-time show.

“We had to do something.”

The Patriots defense were first urged to do something but declined to get involved. However the LA team took it personally as, with Maroon 5 also being from LA, they felt their hometown was being dragged down.

“Los Angeles is better than that. Much better.”

Though the Rams feared a backlash for their actions, they are receiving widespread support from the public.

“Even Patriots fans love us now.”

There are even calls for them to be made the official champions instead of Brady and Co., citing their inaction at half-time.

“There’s got to be a rule against doing nothing in the face of people suffering like that.”