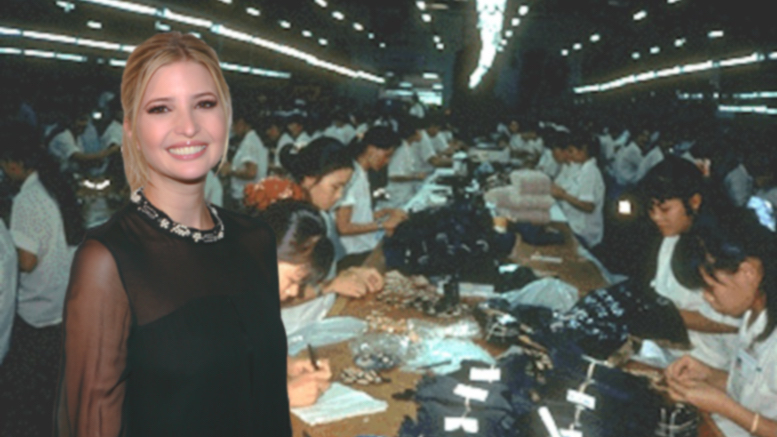 On the lighter side of President Trump’s trip to Asia comes the adorable story of the reuniting of daughter Ivanka Trump with one of her sweatshops that she had forgotten ever existed.

“I think this is one of mine!”

There were big smiles on at least one face as Ivanka and thousands of workers from her past were reunited after so long. Though Ivanka lost touch with the sweatshop many years ago, it had never forgotten about her during its time in the wilderness and continued contributing to her bank account.

“I guess with the money from all her other ventures she didn’t notice. Which is why it’s so wonderful to run into her by chance like this.”

Ivanka spent a full ten minutes catching up with the sweatshop and agreed to not let as much time pass without getting together again.

“And maybe someday I can introduce you to all my other sweatshops.”

1 Comment on "Adorable! Ivanka Trump Reunited With Long-Lost Sweatshop While On Asia Trip"