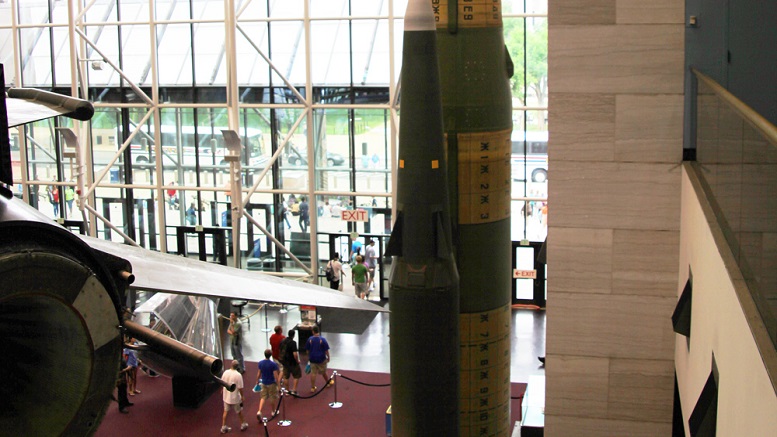 An inert Pershing II missile at the Smithsonian Air and Space Museum is cheering the impending U.S. withdrawal from the INF treaty signed by Ronald Reagan and Soviet Premier Mikhail Gorbachev in 1987 to rid Europe of medium range nuclear missiles.

“Being on display is nice but I can’t wait to get back to work again!”

The intermediate nuclear-capable ballistic missile, currently one of only a handful left for display purposes, was eliminated in conjunction with Soviet SS-20 missiles in what the Pershing II says was the beginning of a dark period it thought might never end.

“I feared I was destined to live out my days being ooohed and aaahed by tourists, but thanks to Trump I now have a second chance at deployment, and, if I’m really lucky, detonation.”

Not only is missile excited to get back to full working order, but it says the possibilities these days for use are potentially even more plentiful than the mid-1980s.

“In the old days it was just the boring old Soviet Union, but now I could be fired at China, North Korea, or even Australia if they catch Trump on a bad day.”