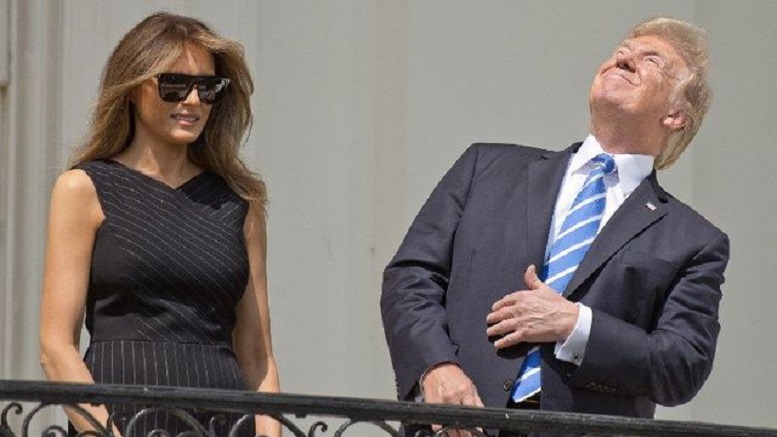 The struggling F-35 stealth fighter has a powerful ally in President Trump now, who is greatly impressed by the aircraft because, as he has explained numerous times, they are actually invisible and not just impervious to detection by radar.

“You could be right next to one and you won’t see it.”

The Air Force has taken note of how impressed their Commander in Chief is by the F-35, and have offered him a flyover by thousands of the advanced aircraft for his planned July 4th celebration.

“A man of your stature deserves to be honored by the fastest most advanced machines we have, not stupid tanks.”

Fortunately for  air travelers, commercial flights will be unaffected as the enormous squadron of fighter jets will simply maneuver around them.

“Our pilots are that good.”

Even better, the USAF development team overseeing its production say they have recently made even more improvements to the stealth fighter aircraft.

“Not only is the F-35 invisible, but we’ve managed to make it completely silent now too.”

They look forward to organizing the huge military flyover in honor of President Trump, as long as they get a big budget increase to pay for it.