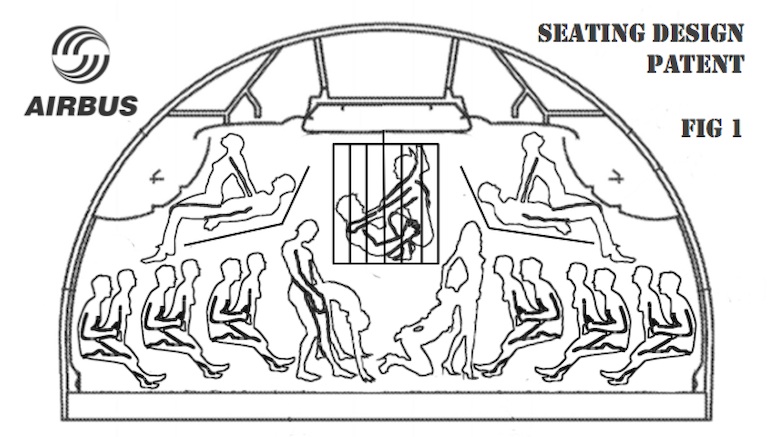 Hot on the heels of their patent application to have stacked passenger seating, Airbus has filed another patent – this time for a proposed promiscuous passenger class of cabin service. A spokesperson for the European consortium explained the reasoning behind the latest filing.

“Having a dedicated cabin for passengers who are eager to get it on with each other for six hours straight as they traverse the Atlantic can realize considerable space savings as detailed in our application.”

“Obviously the positions themselves are not patentable as there is plenty of prior art dating back to the Kama Sutra. But we believe the application of sexual positions like the Reverse Frog Squat to commercial flight seating arrangements constitutes new intellectual property.”

The normal rules of flight travel will still apply, including no smoking allowed.

“Swapping seats to change partners will be permitted during the flight, but only when the Captain has turned off the seat belt sign. Your safety is our first concern.”

Airbus also intend to offer a Promiscuous Economy Plus section which will have slightly more room to allow for more vigorous thrusting, but less room than regular economy where coitus is also possible but discouraged.