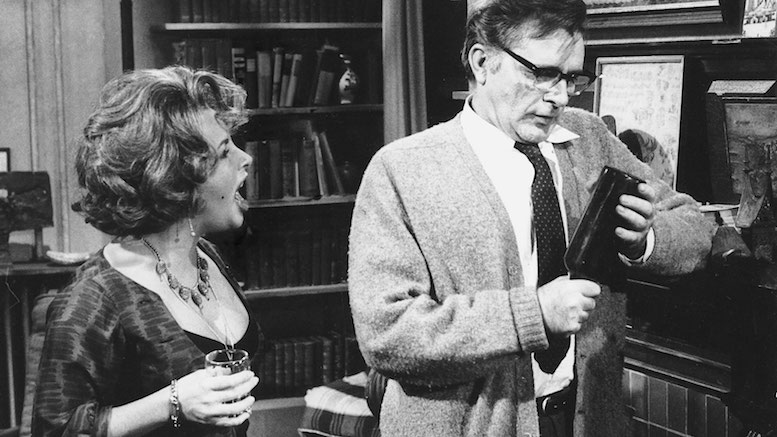 A community theatre that had hoped to perform Edward Albee’s classic “Who’s Afraid of Virginia Woolf?” ran into difficulties today when Albee’s Estate, which owns the rights, learned that the two lead actors were not in fact alcoholics who are wed.

“Re: Your upcoming performance. It’s clear from the text that these people are two severe alcoholics who are married to each other. Please ensure this describes the cast or permission is withdrawn.”

Though they managed to recast with two amateur actors who are husband and wife and both like a drink, casting is further complicated by the fact that the Estate has also stipulated that they be middle-aged in 1962, meaning they now have to find people at least one hundred years old to play the roles.

“It’s hard to find people over a hundred who are up to performing in a grueling play like this, and requiring them to be heavy-smoking alcoholics only shrinks that pool further.”

The famous movie version of the play featured Richard Burton and Elizabeth Taylor, who were alcoholics that were married to each other, though Burton was not a college professor – something Albee was not happy about.

“Mike Nichols persuaded him to overlook it, but Albee was still unhappy that Burton didn’t have George as his first name, as that meant he could never fully encompass the role.”

The Estate’s insistence on strict adherence to Albee’s text also explains why his play Seascape has never been revived since half the original cast was tragically killed by Japanese whale hunters in the mid 1980s.