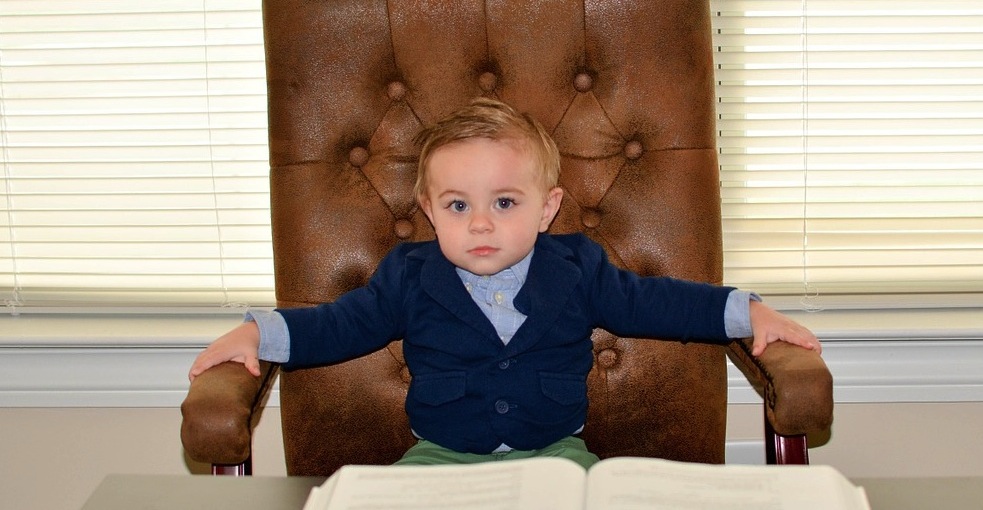 [Upper St. Clair, PA]  In a fine example of the American dream in the making, South Hills toddler Daniel Torkey is determined not to let any of life’s opportunities pass him by. Like many starting out on the bottom rung of the corporate ladder, he knows that to get ahead sacrifices must be made. That is why he has eagerly taken on not one, not two, but three pretend jobs to save up as many gold stars as possible, and, more importantly, to acquire the know-how needed to thrive in today’s highly sophisticated work environment.

But the driven two-year-old understands that being a well-rounded person means giving something back too, so he also volunteers as a firefighter, and, when the situation calls for it, assumes an ever-changing superhero persona, currently Captain America. Even with all this activity, the aspiring CEO still manages to find time to network by attending frequent social gatherings, primarily birthdays.

Having seen other gifted toddlers burn out by age four or five, he knows the perils of engaging in ‘all work and no play’. To combat this he maintains a strict period of quiet time everyday from 1-3pm for personal reflection or some light reading, and he also allows himself the occasional game of peek-a-boo with his two live-in personal assistants, whom he retains to bathe, dress, and feed him, and act as his personal chauffeurs. Daniel insists this is not a reckless indulgence, as time spend performing those activities is time not spent brainstorming new ideas and gaining additional market-oriented skills.

One thing his busy schedule does not permit, at least for now, is long-term relationships. He was seeing a very nice eighteen-month-old called Alice for a while, but when she suggested turning it into a weekly play date, he knew that being upfront was the best approach for all involved. She appreciated his honesty, but, despite enjoying their time together, she was now at an age where she wanted more structure in her life. He does hope that someday, when he has more accomplishments under his belt, he can find time for that special someone to learn to ride a bike with and maybe build some sandcastles.

But right now the matter of which Pre-Kindergarten to attend is paramount in Daniel’s mind, as that choice can make or break a career. It’s particularly crucial, he explains, to get as strong a foothold as possible in these early years, as there will be distractions ahead that even the most determined entrepreneur cannot help but be affected by. These include having all your teeth dissolve at the root and fall out, as well as some heavy stuff starting around age 12 that he doesn’t fully understand, but which he is reliably informed can derail even the most well-thought-out career plan.

Asked if he has any advice for other toddlers who want to get ahead, Daniel recommends frequent powernaps, going easy on the sugar, and learning to talk at least one language.