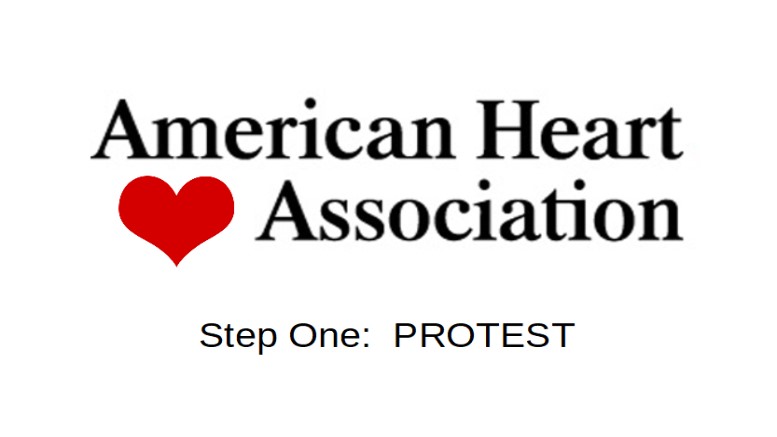 Following Rick Santorum’s claim that a student’s best response to classroom gun violence is to shut-up and learn CPR, the American Heart Association has revised its guidelines for high school students:

Since prevention is the best cure in all forms of medicine, try to prevent CPR from being necessary in the first place by keeping weapons out of the wrong hands by protesting loudly and calling out immoral politicians in the pocket of the NRA such as Rick Santorum.

STEP TWO: ASK THE SHOOTER NOT TO KILL YOU.

If your classmate has been shot it is too late for protest to work for them and CPR may be needed. If an active shooter is present and about to pepper you with high-velocity rounds, explain that you trained yourself to perform CPR just like Rick Santorum said you should. Tell the shooter you need peace and quiet to do this, so could he shoot someone more irresponsible instead. The shooter may be sympathetic to your request as he most likely shares a lot of positions with Rick, including on gun control, abortion, and religion. If the shooter doesn’t agree not to kill you, REPEAT STEP ONE one as your dying testament and hope it gets picked up by a news organization.

CPR stands for cardio-pulmonary resuscitation and requires organs like the heart and lungs to still exist in some recognizable form even if they are not functioning properly. If you see them looking like they should go to Step Four. If not, because they have been pulverized beyond all recognition by bullets from an AR-15 rifle, you’d best tweet @RickSantorum for advice on how CPR is going to help because we sure as fuck don’t know.

If there is a viable cardiovascular system present this is the best situation to face, other than not giving out weapons to just anyone like they’re candy unlike almost every other country in the world. Your friend may just survive if your preform compressions as described here until help arrives.