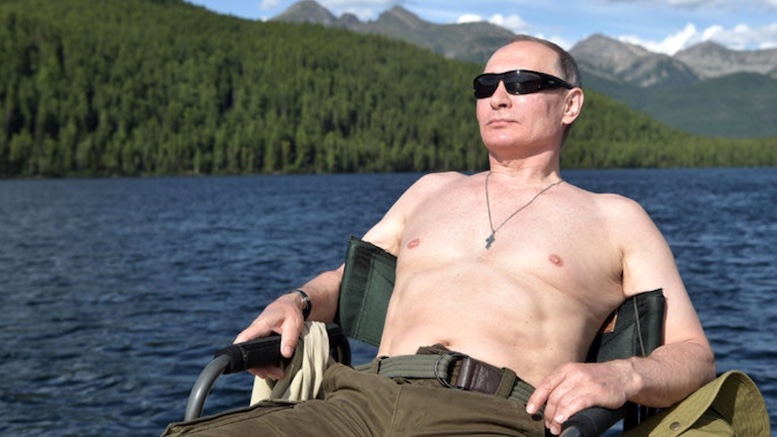 With President Trump about to go on an extended vacation, panic has set in that he might try to emulate Vladimir Putin’s style of relaxation in a spirit of friendly rivalry.

“I’ve seen what Putin does on holiday, and the thought of Donald Trump… well let’s just not think about it until it actually happens.”

Despite extensive criticism of Trump for being fond of lounging around, the possibility that he might instead engage in topless spearfishing has caused an abrupt change of public opinion.

“He can play golf or sit indoors eating chips and watching cable all he wants. Just don’t go shirtless, for the love of god.”