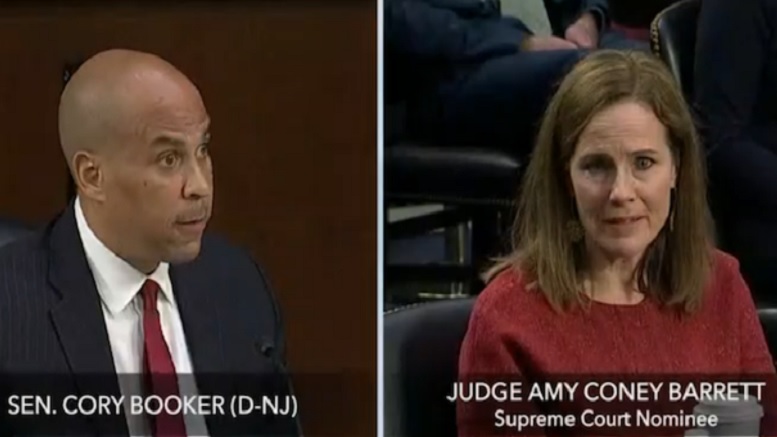 SCOTUS BRIEFING: The ultimately unstoppable confirmation of Justice Ginsburg’s replacement hit a minor bump today when nominee Amy Coney Barrett was asked by Senator Cory Booker if she would like a glass of water.

“I do not wish to reveal my answer to that, Senator, in case the question of whether I like having my thirst quenched becomes a constitutional issue before the court sometime in the future.”

The refusal to say whether she wanted any water or not did not bode well for Senators hoping to ask searching questions to uncover any ideological positions. Barrett also objected to the phrasing of questions directed to her by name, saying that could be used to infer her implicit acceptance of the embedded assumption that she is, in fact, Amy Coney Barrett and not some other pro-life right-wing Trump nominee being pushed through before the election.

“Your question presumes that I am a person called Amy Coney Barrett, which is something I feel uncomfortable committing to at this time.”

The person before them – presumed but not unambiguously confirmed to be Judge Barrett – then proceeded to evade multiple other attempts to get answers, until a frustrated Cory Booker asked the nominee if she was at least prepared to condemn White Supremacy.