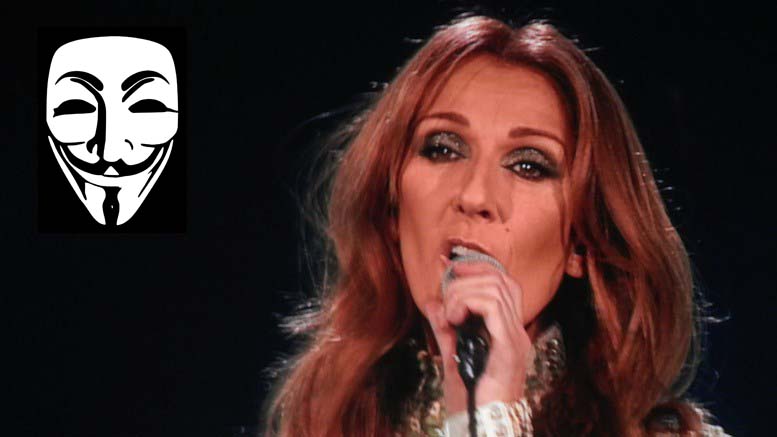 In its ongoing drive to expose hypocrisy, hacker organization Anonymous has announced that it will shortly be releasing a list of every person who downloads Celine Dion songs for private enjoyment but pretends they don’t like her.

“We do not have a problem with those few people who genuinely do not care for Celine’s music as that is their personal prerogative, though we cannot say we agree with them.”

The task was a huge undertaking as it required hacking online music sites such as iTunes, and then cross-referencing the sizable list of downloaders with individual likes and comments on social media to determine who were the closet fans pretending not to like her.

“To those shameful hypocrites who secretly enjoy Celine Dion but deride her in public because they think it’s somehow cool to do so – we know who you are, and you will be outed.”

The evidence that they existed was obvious given the huge popularity of her Vegas appearances, which is at odds with the much smaller number of fans openly declaring their unabashed enthusiasm once back home.

“This is definitely a situation where ‘What Happens In Vegas, Stays In Vegas’ will not apply.”

Look for an announcement on twitter in the near future with the hashtag #Luv4Celine.