It is a dark secret in certain academic circles that the field of Social Anthropology has been steadily moving to the conclusion that human beings, like many species in the animal kingdom, have no innate altruistic traits, with all supposedly ‘good acts’ being motivated by short or medium term self-interest. Though this may seem like the stuff of tedious discussions to avoid at parties, the predictions of computer models are terrifyingly conclusive. All species without a higher predator to keep their worst urges in check are destined to ultimately die out through their own actions. Many experts believe this fate could be upon on us within the next century, which is why uncovering a truly altruistic trait exhibited by humans has become a sort of ‘Holy Grail’ in the field, as it would prove short-term extinction is not our inescapable destiny.

This is why the findings of Professor Nikolas Kindermän of the Institute for Social Anthropology at the Austrian Academy of Sciences in Vienna are so interesting. While in Pittsburgh on a completely unrelated matter, he was nearly injured when a car opposing him at a traffic light made an abrupt left turn when the lights turned green, even though he had the right of way. Kindermän found it difficult to stop thinking the incident as he felt outraged and violated by the unknown operator of the other vehicle. Then he suddenly had the most amazing insight into the true nature of this unique phenomenon.

“It may be the only known example of a biological system in which a purely altruistic behavior has spontaneously developed.”

Despite Pittsburgers telling him it was just an accepted but self-serving maneuver practiced by ‘total jags’, he insists that could not be further from the truth. He explains that by making the ‘Pittsburgh Left’, one is clearing the way for those waiting behind who likely want to go straight ahead, but may be prevented from doing so by a car waiting to turn left. He has even made some Pittsburgh Lefts himself, and found that people welcomed his actions, even smiling and waving him on.

He finds even more hope for the future in the fact that the Pittsburgh Left has absolutely no basis in the Pennsylvania Vehicle Code. In fact it is a clear violation. This is important because there is ample evidence throughout history that even ‘good’ people are predisposed to participate in evil systems once they become established with the veneer of legitimacy, as in the case of the Nazi Regime. This makes any evidence that people are willing to openly flout authority in the name of altruism such a cause for celebration.

“Fortunately we are building that evidence everyday at traffic intersections throughout the Pittsburgh region.”

The exact cause of the behavior is unknown though it is thought to be due to a combination of evolving demographic factors over the past few centuries that are unique to Pittsburgh. Crucially this means there is a strong genetic component so that this could be introduced to the rest of humanity over time through extensive crossbreeding with Pittsburghers. Of course, as the Professor points out, somewhere else would have to be sterilized to compensate.

He quickly points out that he is only joking and would never condone something so barbaric. Those identified for compensatory sterilization would of course be determined by proper rigorous scientific methods. He also expects moral and societal constraints, such as the pressure to have sustained meaningful relationships with a single partner at a time, would have to be relaxed as far as Pittsburghers were concerned in the name of our survival. He claims that he has already found significant support for his plan, though he only had time to poll a few people drinking in an Oakland bar during the afternoon before he had to depart for the airport.

Professor Kindermän is currently working on a proposal to secure global funding to establish a foundation for the advancement of his ideas to be located here in Pittsburgh.

A rigorous follow-up study by a group of researchers from the Department of Social Anthropology at the Stockholm University in Sweden appears to dispute Kindermän’s encouraging findings. Using high-resolution cameras they were able to prove that Pittsburgh drivers were not waving people on with a smile on their face but instead flipping them off and engaging in a number of other rude angry gestures. A sample of drivers who frequently make Pittsburgh Lefts were interviewed by the Swedes, who found them to be ‘entirely absent of any recognizable traits of goodwill’. Their final conclusion roughly translates from the original Swedish as:

“Jagoffs are real, and the human race is doomed.” 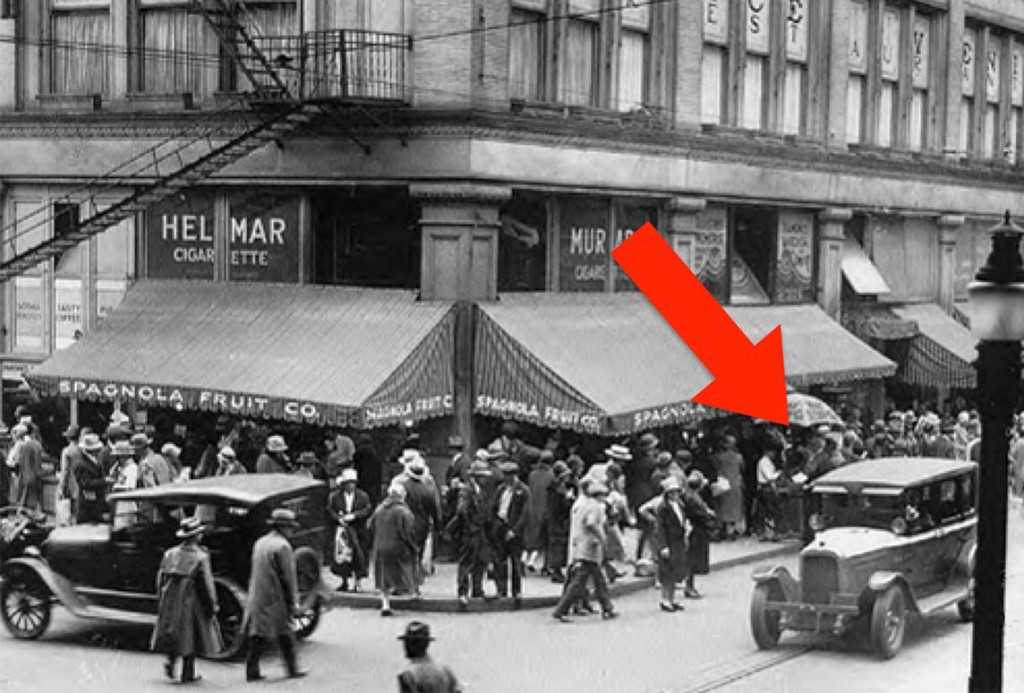