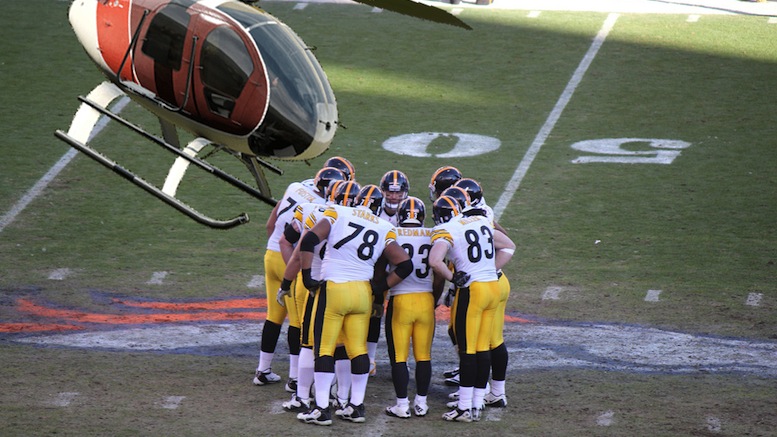 Pittsburgh wide receiver and NFL hot property Antonio Brown has said his arrival at training camp via helicopter was no gimmick, as he plans to make it an integral part of his performance during the upcoming season.

“If it’s not explicitly prohibited by the rules you have to do it. You need every edge you can find in this game.”

He expects being able to hover over the opposing defense will translate into a winning record that could help the Steelers make the playoffs.

“Obviously it makes the game more three dimensional, as now Ben has to look for me both down the field and above it.”

The sixth round draft pick knows his tactical evolution will require his teammates to adapt, but he is confident that once they conduct enough helicopter-aided drills, it will become second nature.

Quarterback Ben Roethlisberger is so impressed by his wide receiver’s initiative, that he too has pored over the NFL rulebook to see if it contains a ban on jetpacks, which he is pleased to report it doesn’t.

“The guys do a great job protecting me in the pocket, but during a quarterback blitz nothing beats being able to propel yourself 30 feet into the air at the press of a button.”