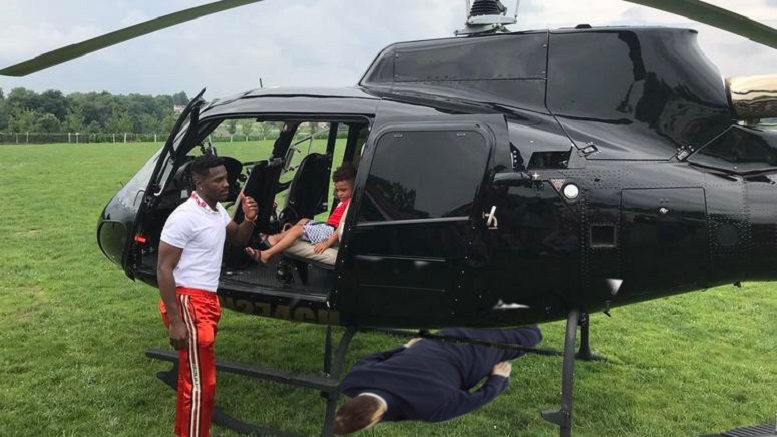 Antonio Brown has finally touched base with Steelers owner Art Rooney II, when he landed the helicopter he was in on top of him.

“It’s nice to see Antonio show him some respect finally by meeting with him instead of dissing him on twitter.”

Though some people suggested the move was further evidence of Brown antagonizing the Steelers, the locker room came to the wide receiver’s defense.

“The helicopter might have malfunctioned, or AB might have thought Art Rooney likes being pinned down by flying machines.”

Coach Mike Tomlin insisted that Brown should be given the benefit of the doubt.

“You have to give your star players some leeway to speak their mind freely or land a rotorcraft on top of management.”

In a statement, the Steelers said they looked forward to having Brown on the roster next season.