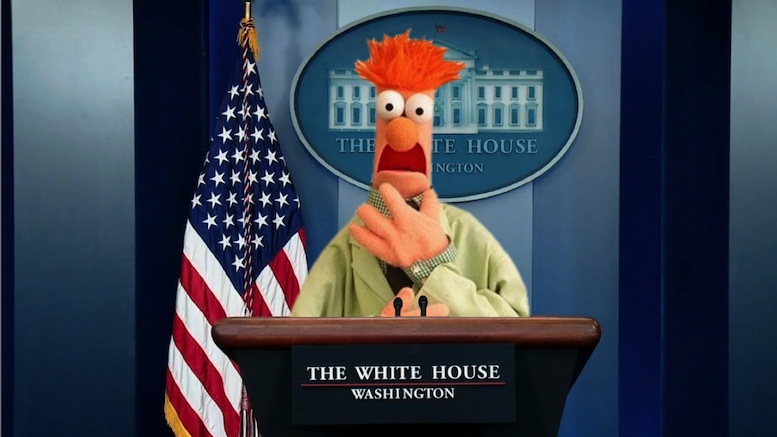 The Trump Presidency appears to finally be finding its groove after what was arguably one of its rockiest weeks. The downgrading of security clearance for Jared Kushner coupled with the ongoing fallout from Rob Porter’s departure was taking its toll, leading to the resignation of Hope Hicks as communications director.

However calm appears to have be restored with the announcement that Beaker will takeover from Hicks, assuming the role famously once held by Anthony “The Mooch” Scaramucci.

Though some expressed surprise at the Muppet’s appointment to the specific role of communications director, more seasoned observers of the Trump administration insist this is good move.

Beaker is considered an ideal person for the notoriously difficult job as he is used to dealing with chaotic environments, and doesn’t get fazed when he is doused in boiling water, being electrocuted, or dealing with the fallout of Trump’s latest twitter bombshell.

“It looks like a corner has been turned at long last.”