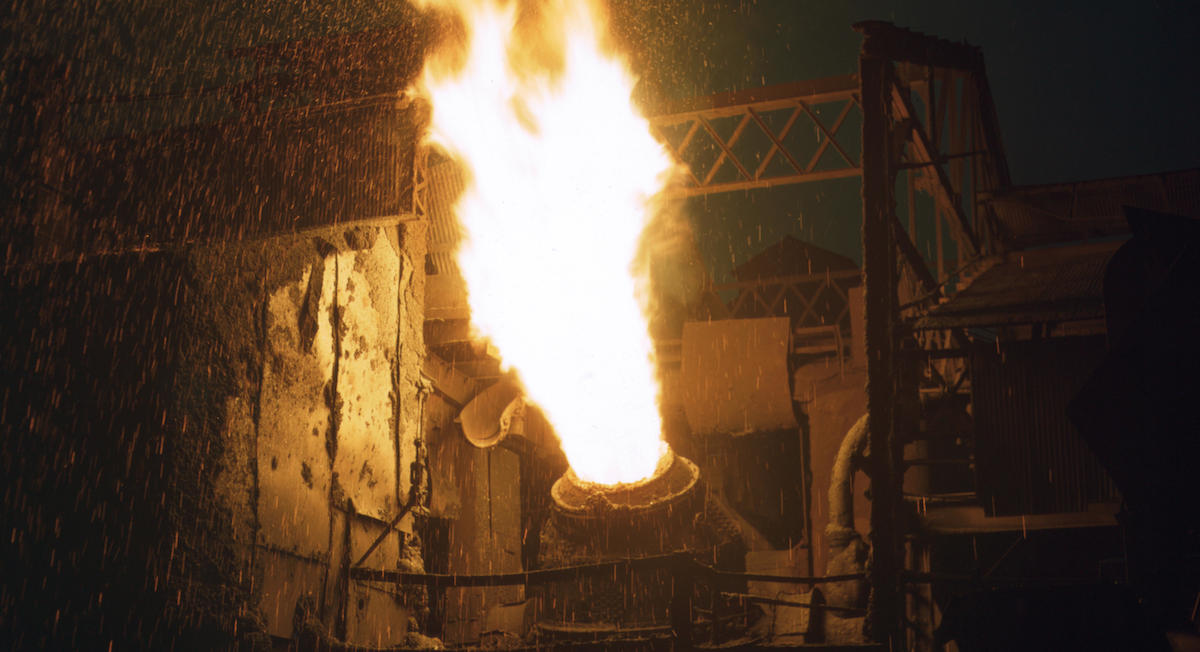 Totally safe for your child according to the standards of some countries.

Captains of business and industry get a lot of bad press in this city, from the Johnstown Flood that killed thousands in 1889, to the inability to look beyond profit to ensure healthcare for all that’s killing even more thousands today.  But in Western Pennsylvania, these under-appreciated tycoons are trying to give back, by making sure we do not lose sight of where we came from.

“There’s a long tradition of steelmaking in this region, so it is vital, with all the real steel mills now gone, that Pittsburgh’s youth don’t forget what it was like to work a grueling 12 hour shift smelting iron for a pittance in order to enrich an elite group of robber barons.”

Steel making has been on a steady decline in the area, as foreign steel produced with cheap labor has made it unfeasible as a form of domestic fortune-amassing. To show their gratitude for the fortunes they have made off working Pittsburghers in other industries, wealthy local business owners and CEOs have joined together to transform the Homestead Works site into an educational theme park as a service to the community.  The site has up until now been maintained by the Rivers of Steel National Heritage Area, and, as part of the deal, that organization and the City of Pittsburgh will bear the financial brunt of bringing the pre-World-War-Two mill back to working order. But from then onwards it will be the business leaders themselves who will assume total financial responsibility for this remarkable theme park, that will mimic a historic working steel mill by being a historic working steel mill.

They will even be waving the normal $10 per child ($20 for adults) park entrance fee on condition that they receive a steady stream of busloads of Pittsburgh Public Schools children who are eager to learn what a 19th century steelworkers 12 hour workshift was like, by experiencing a 12 hour workshift under 19th century workplace conditions. All the raw materials needed for their instruction, such as iron ore and coke, will be provided free of charge. The conscientious company executives will also take care of the removal of the end product of the children’s learning, since having to offload a bunch of high grade steel in a rising metals market is a burden they are willing to bear to ensure Pittsburghers do not lose touch with their past. All will be welcome, even if historically steelworkers were men and teenage boys.

“Boys, girls, transitioning students – we don’t care what your sexual orientation is – you still deserve to learn exactly what it was like to risk life and limb making steel to enrich others, just like your great great grandparents did.”

If this is a success, the same consortium of generous Western Pennsylvania business leaders have further plans to enrich the knowledge base of Pittsburgh’s youth by opening another theme park about one of America’s most shameful but important periods – slavery.

“Kids these days are woefully ignorant of what it was like to work in the hot sun as the property of a cruel master, but we aim to change all that, as a way of giving back.”

Though still very much in the planning stages, the Pittsburgh Plantation Theme Park, is provisionally scheduled to open in 2018 in West Mifflin.  Obviously it won’t be 100% faithful in its accuracy, as all the young children toiling away picking cotton and growing tobacco in the 18th and 19th centuries would have been African-American.  But children of all races and creeds will be welcome at the Plantation Theme Park, according to the generous corporate benefactors bequeathing Pittsburgh this grand vision.

“We don’t discriminate. This is the 21st century, after all.”