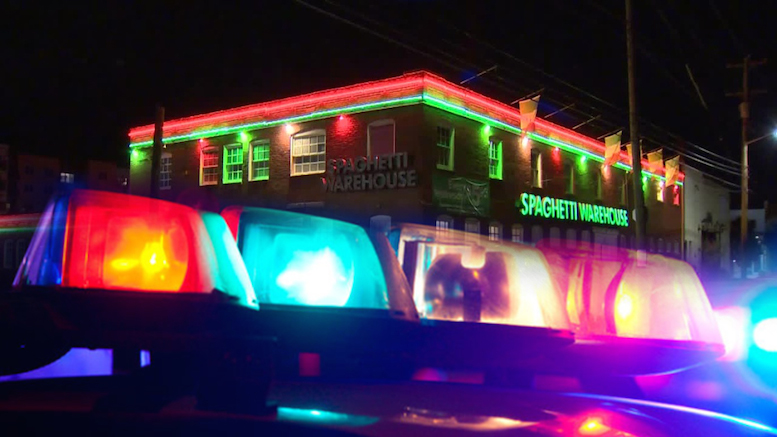 [Strip District] Following the announcement that it is to close in September, a group of armed pasta lovers have occupied the Spaghetti Warehouse by force demanding it be kept open. A number of families are believed to be inside spearheading the protest.

A PPD spokesperson said the developing situation, though it clearly caught them unawares, is not so surprising in hindsight.

“With Del’s Bar and Ristorante in nearby Bloomfield gone, Pittsburgh’s budget-minded lovers of Italian food were already on the edge. The thought of losing the Spaghetti Warehouse too has obviously pushed them over.”

Operators of iconic Pittsburgh restaurants like the Original Hot Dog Shop and Primanti’s said the owners of the Spaghetti Warehouse probably didn’t think through the consequences of their decision.

“They may be a chain out of Dallas, but Pittsburghers took their 15-layer lasagna and copious portions to heart. You don’t mess with that.”

They suggest that even if the restaurant is running at a substantial loss, the owners keep it open to avoid incurring the wrath of Pittsburgh’s notoriously demanding family dining community.

“They may well go broke, but at least they’ll still be alive.”

Authorities are showing restraint for now, but plan to retake the restaurant once the occupiers fall asleep after gorging on baked ziti and beer chili.