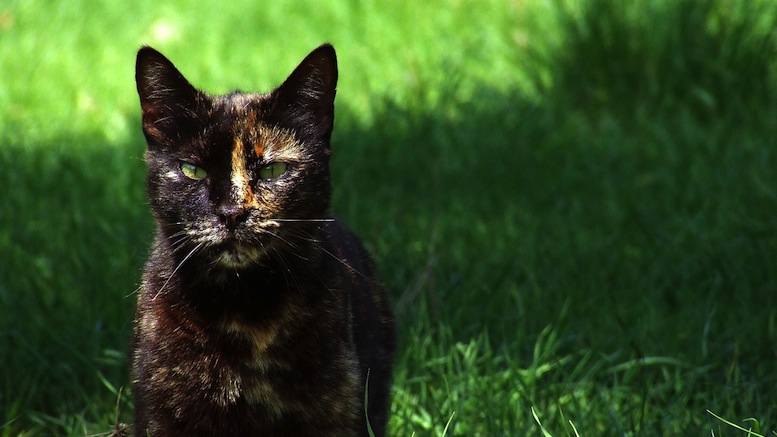 Bigglesworth doesn't give a shit what you think.

Lifelong Ross Township resident Kathie Jones understands the outrage people feel at lion killing trophy hunters like Walter Palmer and Jan Seski. That’s because she’s had to live with her very own sadistic menace who preys on animals just for the sick twisted thrill of stalking and killing a beautiful creature. But in her case the villain is not a wealthy dentist from Minnesota, or an even wealthier doctor from Murrysville, PA, but her 4 year old tortoiseshell, Bigglesworth.

“It’d be one thing if he was doing it to feed himself, because at least then I wouldn’t have to haul home a 15lb bag of meox mix every week. But no.”

And it’s not just the fact that he kills purely for the sick pleasure he gets from ending a life, but also the manner in which he goes about it.

“He toys with them first to increase their suffering, the evil bastard.”

She also suspects he’s stalking birds that are drawn to a neighbor’s feeder.

“He’ll claim they wandered into his territory. Sure they did. He’s out of control.”

Most recently, he’s taken to hauling his trophies indoors, where a distraught Kathie finds their broken bodies strewn across the kitchen floor.

“What’s next? Vole and chipmunk heads mounted on the baseboard? Nothing would surprise me when it comes to that piece of feline garbage.”

Currently Kathie is trying to figure out how to create a Yelp page for her cat so the public has a means to vent its anger over this.