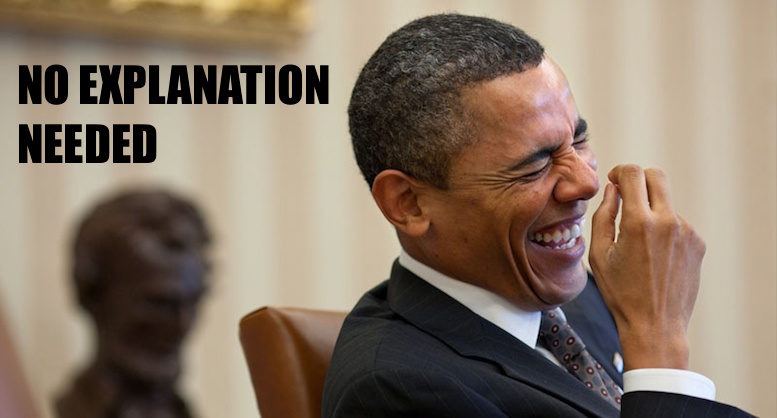 Former President Barack Obama is undergoing round the clock care to treat a life-threatening condition as a result of laughing so hard it could kill him. The medical emergency started at approximately 2am on Friday morning when word arrived that the attempt by Republicans in the Senate to pass the ‘skinny repeal’ bill had failed, despite their having a majority, and control of the House and Presidency as well.

Obama was reported to quickly lose the ability to speak, with what might end up being his last words recorded for posterity.

“They’ve been going on and on about doing this this for seven years, and now when they finally have they chance, they… they…”

Obama then doubled over in fits of laughter which he has been unable to stop since. Medical staff knew they had to act fast.

“Our worry was that he couldn’t breathe, hence the decision to place him in a medically induced coma.”

There can be a number of causes for life-threatening laughter like this, though this case is pretty straightforward.

“It can be due a virus, or a mental disorder, or Mitch McConnell screwing up so bad you’re unable to stop pissing yourself laughing because it’s so hilarious.”

One concern is that even if Obama is stabilized, he will resume laughing uncontrollably at the next thing that spectacularly blows up in President Trump and the Republican party’s faces.

“The prognosis is not good.”