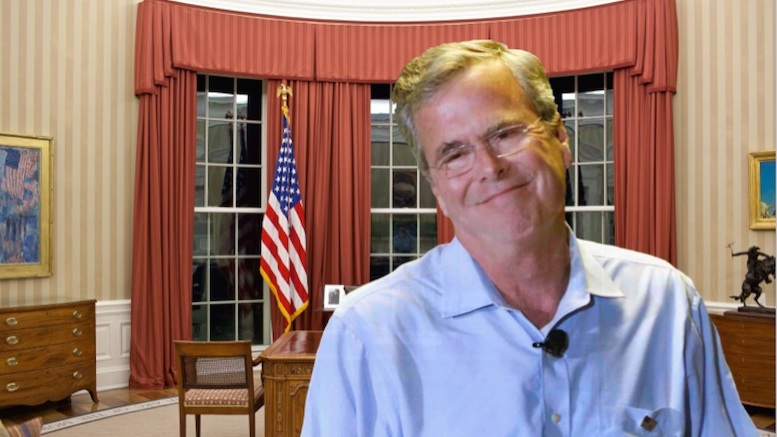 The nation’s agony of having to watch Jeb Bush floundering in the race for 2016 may be over, but his protective mother Barbara Bush has hatched a plan to let him think he’s won the nomination and the election by installing him in a replica White House with a full compliment of fake staff for him to play with.

The Bush matriarch had the facility built back in 1999 when she became concerned that eldest son George W Bush wouldn’t handle it well when he failed to become President, though he would surprise everyone and go on to almost win and ended up playing with the real world instead.

The near exact replica of the White House was left abandoned on a Houston sound stage until recently, when the caring mother realized she had another son who desperately wanted to be President, though in this case with no chance of victory.

The vast facility has had power restored and been upgraded with parts from the set of TV show, The West Wing, which NBC were happy to donate as they were taking up space. The plan is to insulate Jeb inside a close circle of advisors who will tell him he is having a huge rebound in the polls, and shuttle him around the country to appearances were everyone has been paid off.

Once he’s ‘elected’, a fake report of a massive terror threat will be used to explain why there is no inauguration and why he can never leave the Oval Office. Actors from a local community theatre have already been cast as the Joint Chiefs of Staff so he can issue pretend instructions he thinks will be carried out.

When asked if it is really worth going to all this trouble, Barbara Bush says just hearing her little Jeb say “Look, mom, I’m being President just like Pops and George Junior” will be enough.