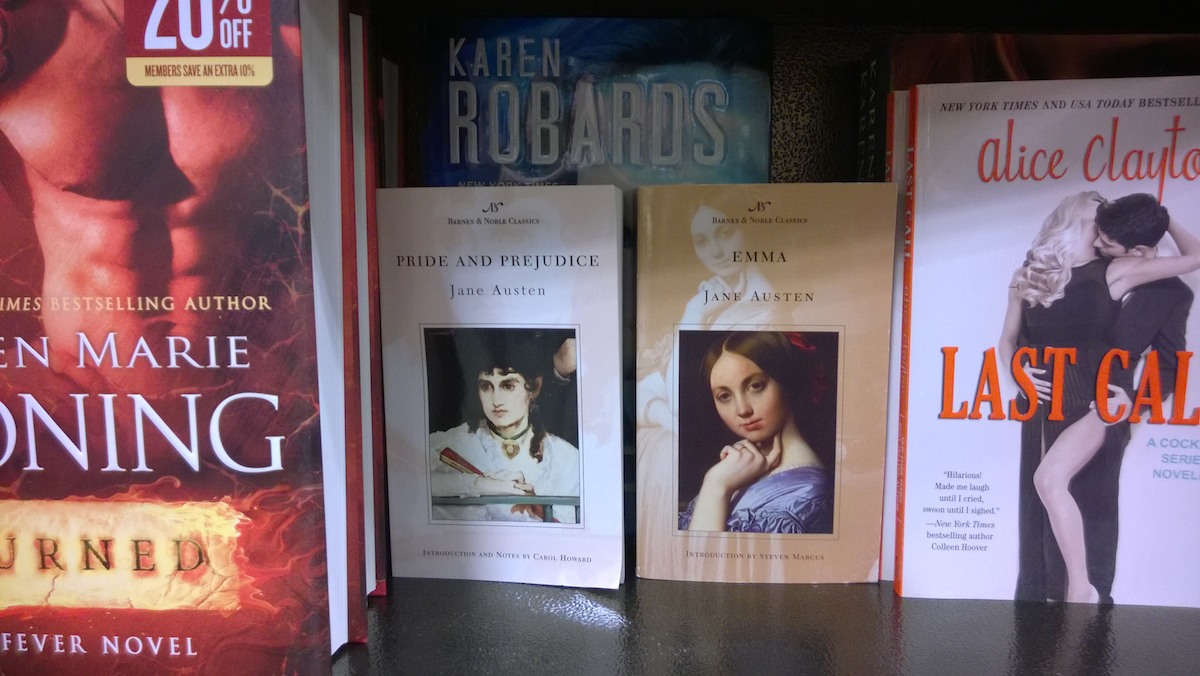 New York, New York – Barnes & Noble, Inc. (NYSE: BKS), the nation’s largest retail bookseller, today announced that it is rereleasing a subset of its popular Barnes & Noble Classics under its new ‘Fifty Shades of Classics’ imprint. The selected 19th century works, all of which are in the public domain, will also be reworked to appeal to modern audiences. Stories being given the Fifty Shades treatment will be limited to those classics with strong undertones of sexual frustration and desire, such as the works of Jane Austen, which will be revised to reflect contemporary sexual mores and tastes. Other works, like Dostoyevsky’s Crime and Punishment, will continue to be published unadulterated as part of the regular B&N Classics series.

The new imprint is expected to do well, given the legions of hungry Fifty Shades fans who are craving new material after having read all the original books and seen the movie. Every classic chosen has a solid story to begin with, and there are no copyright issues as the authors are all believed to be long dead. Each book has been personally revised and updated by E. L. James, or an equally naughty-minded Brit, so as to better convey the original intent. This is seen, for example, in this updated passage from Charlotte Brontë’s Jane Eyre, that now takes us directly into the mindset of this young woman.

“Incommunicative as he was, some time elapsed before I had an opportunity of gauging his mind. I first got an idea of its calibre when I heard him preach in his own church at Morton. I wish I could describe that sermon: but it is past my power. I cannot even render faithfully the effect it produced on me. But I will try nevertheless. Muscles deep inside me that I never even knew I had began to quiver, building to an inexorable spasm. I started to pant right there in the pew as my Inner Goddess imagined what he might do to me with the aid of some baby oil.”

Jane Austen fans will be pleased to discover that Mister Darcy holds nothing back in this Pride and Prejudice.

“He sat down for a few moments, and then getting up, walked about the room. Elizabeth was surprised, but said not a word. After a silence of several minutes, he came towards her in an agitated manner, and thus began —

‘In vain have I struggled. It will not do. My feelings will not be repressed. You must allow me to tell you how ardently I admire and love you. Which I will prove to you in my sex dungeon with the use of this bullwhip.’

Elizabeth’s astonishment was beyond expression. She stared, coloured, doubted, and was silent. This he considered sufficient encouragement.”

The entire D. H. Lawrence canon will also be rereleased under the Fifty Shades of Classics imprint, with the main difference being that it has been toned down some. For more information on what’s available ask any of the knowledgeable booksellers at Barnes & Noble’s nearly 650 stores nationwide.