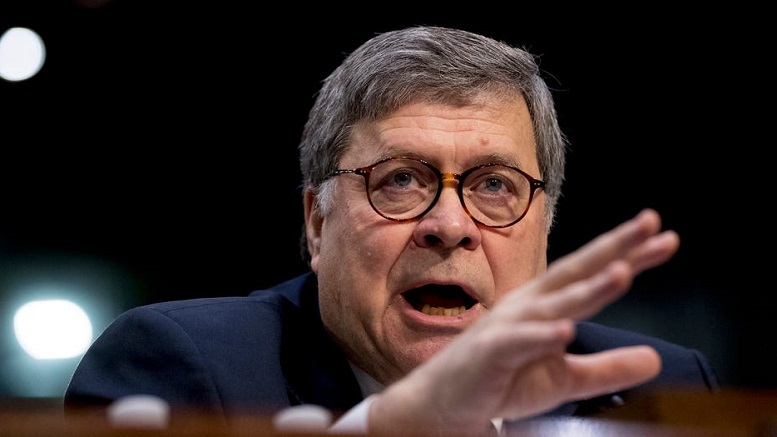 Attorney General Bill Barr has been forced to defend his Department of Justice from accusations that it operates at the behest of President Trump after a number of DOJ prosecutors resigned over sentence recommedations handed down in the Roger Stone case.

“That is absolutely not the case.”

Barr added that he refuses to talk badly of Trump just because he told him to go easy on Roger Stone.

“I’m not one to shoot the messanger.”

When exasperated critics said it was plain as day that the DOJ he nominally leads was taking its marching orders from elsewhere instead of acting independently, Barr readily concurred.

“Of course – but it’s not Trump. You’re thinking of Putin.”