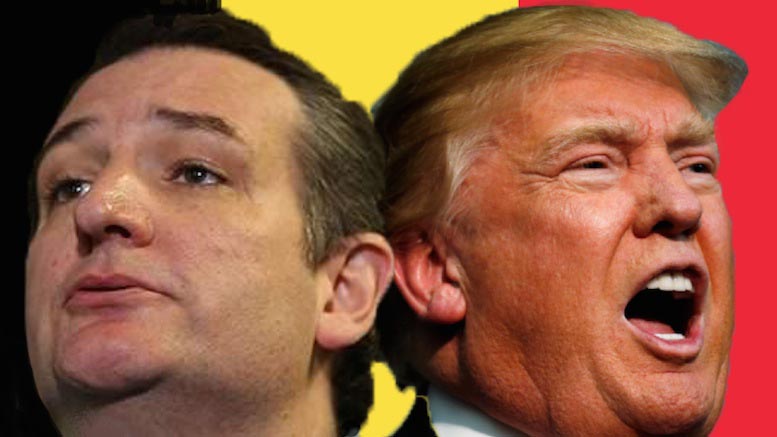 Just when everyone thought the Republican election process couldn’t stoop any lower, ISIS has shown that yes, it most certainly can, according to seasoned political analyst Ethan Gold. The tragic events in Belgium have clearly shown that a primary race that was already in the gutter is more than capable of burrowing deep into the earth to plumb the depths of bad taste and general outrageousness.

“Earlier in this election cycle I said the GOP Primary race couldn’t get any lower after it devolved into a crude shouting match about who had the biggest hands. Well it looks like I’ll have to eat my words now that Donald Trump and Ted Cruz have an atrocity of this magnitude to respond inappropriately to.”

The horrific attacks provoked widespread condemnation and sympathy for the victims, and almost as widespread curiosity over what garbage would come out of Ted Cruz and Donald Trump’s orifices in response.

“As usual these guys do not disappoint us when it comes to disappointing us.”

Donald Trump was quick to co-opt the tragedy to reiterate his call to blame billions of people for the actions of a few, while Ted Cruz called for mass surveillance of religious practitioners who are deemed to pose a threat to the freedoms of others.

“Actually Cruz might be on to something with that. Let’s start with his neighborhood.”