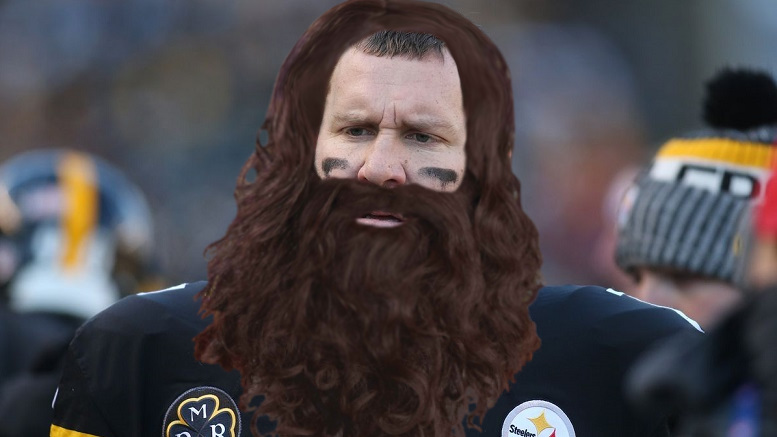 (Harrisburg, PA) Saying it was necessary to set an example, Pennsylvania Governor Tom Wolf has ordered that Pittsburgh Steeler Ben Roethlisberger be punished for visiting his barber in violation of rules to control the coronavirus pandemic. Speaking to the press, Wolf said there can’t be an exception just because your beard looks especially terrible.

“I realize he was in a bind as only a professional could have tackled whatever that was covering his face, but rules are rules.”

So, despite having been commended on his clean shaven appearance, Roethlisberger will now have to wear a ridiculous comedy beard as punishment. The Steelers quarterback was philisophical about his plight.

“On the one hand this thing looks incredibly stupid, but on the other it’s still way better than the real beard I had before.”