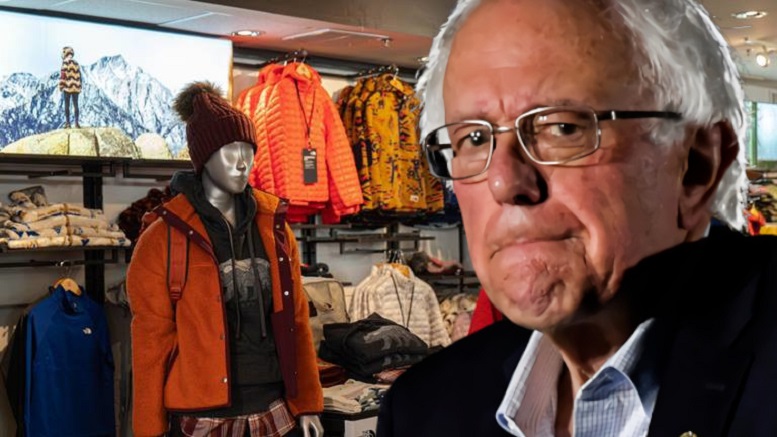 Firm democratic frontrunner Bernie Sanders confessed to having a brief wobble today when a North Face jacket display briefly caught his eye while on the campaign trail and he momentarily thought he should get one for himself.

“I was thinking of buying it new! From a store! What’s happening to me?”

Sanders said he will have to do better to avoid the trappings of success now that his campaign looks destined to propel him all the way to a real shot at the US Presidencey.

“I must be strong and avoid being seduced by brand name clothing that’s not second-hand or on heavy discount like some greedy capitalist oligarch.”

Advisors have warned Sanders that there will be increasing pressure to change his habits to accomodate the reality of being the next President of the United States.

“They keep teeling me my time is too valuable now to darn my own socks and I should have an aide buy some new ones instead when a hole appears. An aide! Buying my socks for me! From Macy’s instead of the clearance section in Marshalls!”

Dismissing the suggestion as too reminiscent of Downton Abbey with him the Earl of Grantham, Sanders said his sock-darning time was non-negotiable, though he would be able to receive policy briefings at the same time.