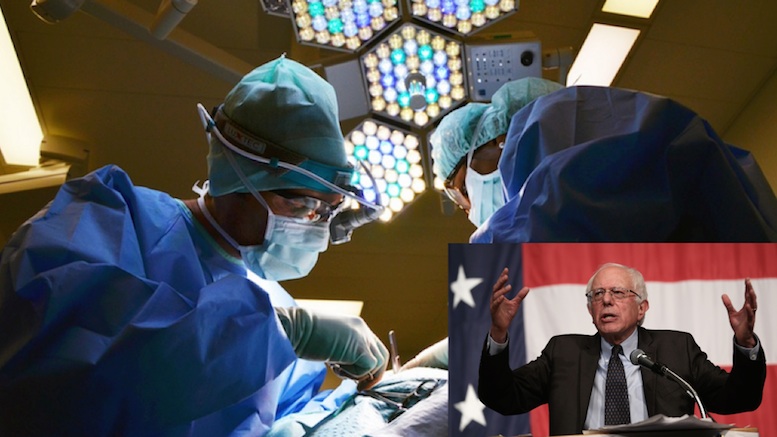 The Bernie Sanders campaign is still going strong, which political analysts say is due to his progressive positions on the issues, his success in raising huge sums from small donors, and his wildly expressive arms.

“The contribution of arm waving to his popularity cannot be overestimated.”

Surgeons at the University of Vermont Medical Center, who conducted the procedure to replace his arms, explain why it’s necessary.

“Bernie is currently using his arms more in a week than the average human does over a lifetime, so it’s no surprise he needs parts work.”

The used pairs are being preserved in the hospital morgue for posterity in the event that he wins and ends up being President.

“He’s worn through three pairs already. Fortunately, when his dedicated followers say they’d give a limb to see him elected, they mean it.”