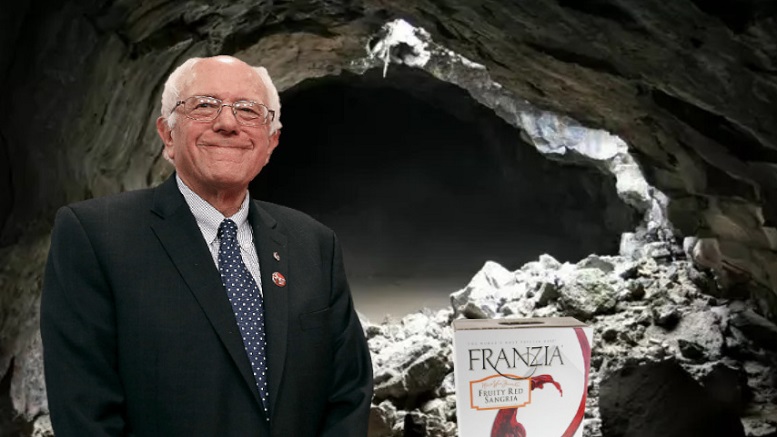 Fearing his was missing out on attracting important donors, Bernie Sanders is holding his own wine cave dinner.

“I have to stay ahead of Mayor Pete.”

The invitation to the gala event includes the GPS co-ordinates of the cave, though Sanders warns his guests to leave plenty of time.

“It’s not so easy to get to but the price is right.”

Attendees are advised to bring their own folding chairs if they don’t want to stand, but they will be able to feast on unlimited saltines and Franzia boxwine.

“I’ll be serving three vintages – white, sweet red, and rose. The best part is just when you think it’s run out, you simply tip the box and there’s always more!”

Though he agreed with his advisors to hold the upscale fundraiser, Sanders does fear it could upset his traditional base.

“I already bought myself a new blue sweater at TJ Maxx the other day so this could be the last straw.”

Help us oppose Trump by supporting Breaking Burgh on Patreon