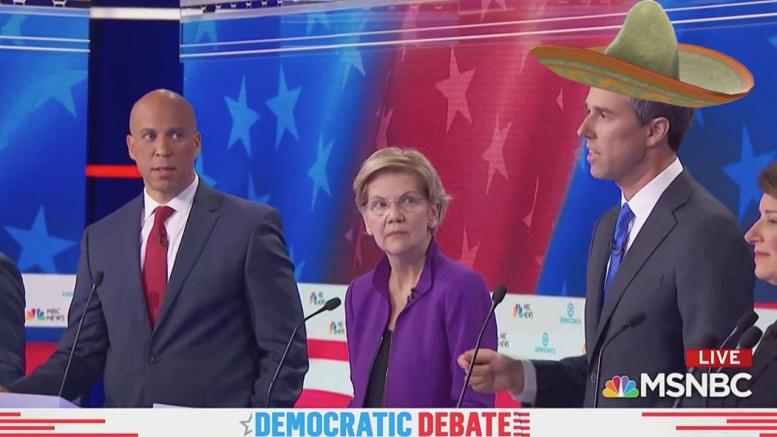 The first Democratic Presidential debate was notable for a number of technical glitches, and also a curious moment when Beto O’ Rourke produced a steamer to rustle up some home-made tamales, which he followed up on by hand painting a set of decorative Talavera tiles. Audience members expressed confusion.

“I don’t get it – was he trying to prove he can multi-task? Or was he just hungry and behind on some home projects.”

Though Beto presumably believed his cooking and crafting would not affect his performance, the moderators disagreed.

“It did seem to prevent him from answering direct questions for some reason.”

“I need to work on my slam poetry, but I’ll do that on my own time, and not when I’m supposed to be debating policy.”