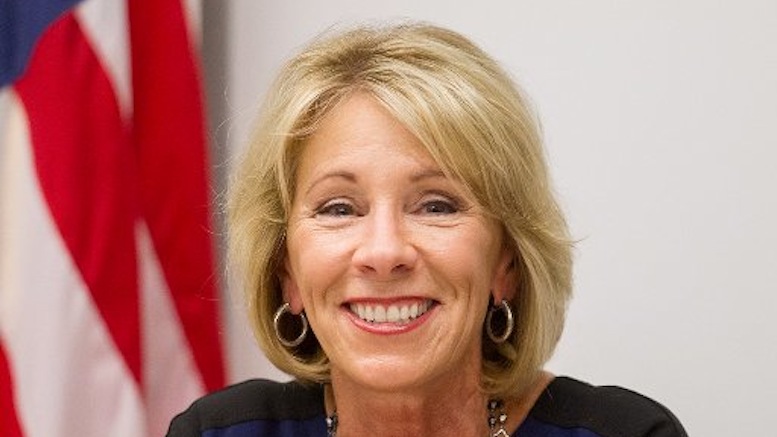 Following the release of a report saying that only half of students believe the education they receive will be useful in real life, Education Secretary Betsy DeVos pledged today to improve on that figure.

“I’d really like to get that number up from half of all students to 50% of them.”

DeVos is encouraged by an earlier article she found which tells her things are already improving.

“It said that only 1 in 2 students were positive before, so we’ve already come a long way with it now being half of them.”

Asked about recent tragic incidents and guns in the classroom, DeVos said it was important to keep focused on the issues that matter.

“All this talk about school shooters is a distraction from the very real problem of bear attacks.”

DeVos says she has proof that the education system is not failing, which she has witnessed personally even in the most troubled school districts.

“No matter where I go, I’m always struck by how much more educated everyone is than me, so we must be doing something right.”