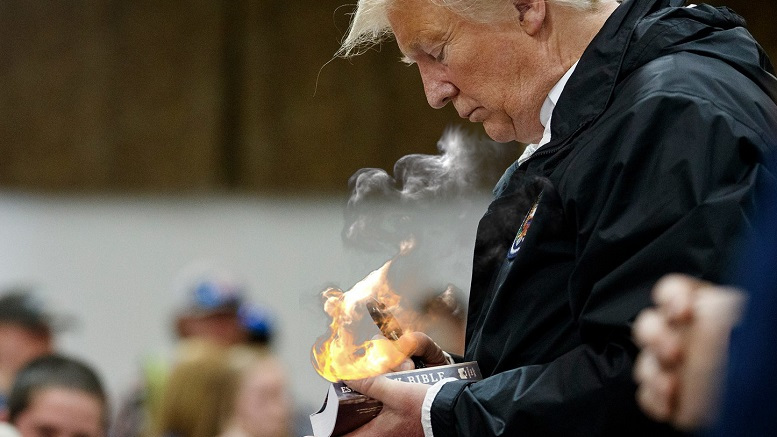 Firefighters had to be called to a church in Opelika, Alabama, after flames and smoke were seen by parishioners.

“They just came out of nowhere!”

The unexplained blaze broke out while President Trump was in attendance signing bibles for his supporters.

“There was a terrific howl and then the bible he was signing burst into flames.”

There were also reports of door and windows opening and slamming shut repeatedly all by themselves.

“And yet the weather was very calm.”

The fire marshal has asked the White House to please notify them of any future appearances by President Trump in the vicinity so they can be on hand.