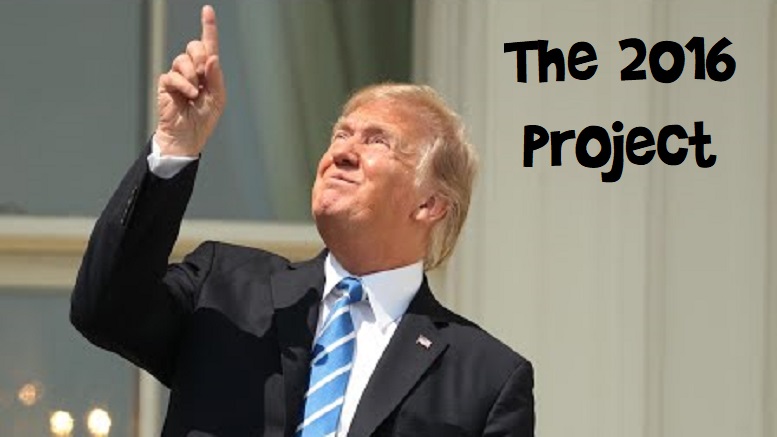 Joe Biden has wasted no time coming up with a response to President Trump’s executive order to promote a nativist Pro-America educational curriculum, the 1776 commission, with a proposal of his own called the 2016 Project. Biden said that it was crucial the leaders of tomorrow gain a proper understanding of our history by studying our most asinine errors and missteps.

“The 2016 Project will ensure no child doesn’t have the opportunity to learn about dumbest things that happened in our nation’s history, and the negative impact of those mistakes.”

The curriculum will be similar to that already taught in many regards, highlighting the USA’s high points as well as its lows, but it will also place special emphasis on certain mind-boggling fuck-ups to ensure they are never repeated.

“Only by learning from America’s dumbest mistakes can future generations avoid repeating them.”

In addition to the ‘Mother Of All Mistakes’ after which it is named, the 2016 Project will underline other mistakes that can be roughly grouped in the same category of being unmitigatedly destructive.

“I’m talking about things like the Johnstown Flood, the Katrina Response, and Three Mile Island – though obviously they all pale in comparison to mistake number forty five.”

Biden also worries that the current curriculum leaves young Americans woefully under-educated about what can happen when criminally-minded people are put in charge.

“We’ve gotten by with teaching Nixon’s downfall until now, but that is clearly insufficient in the 21st century.”

The proposed curriculum encompasses a core set of lectures that will cover such topics as Negatives of Nepotism, Basic Despot-Fawning Avoidance, and Self-Enrichment As A Public Servant Prevention 101, as well as a review seminar covering the period from the mid-late 20th century to the present day called Downsides Of Dumbass Wars. Beyond that, teachers will be able to choose from a wide variety of elective modules, including Both Sides Are Not The Same, Dogwhistle Detection, and Advanced Ivanka Theory.

“Personally I recommend all students take the class ‘Stephen Miller: A Case Study In Contemporary Evil’ if they feel they can stomach it.”