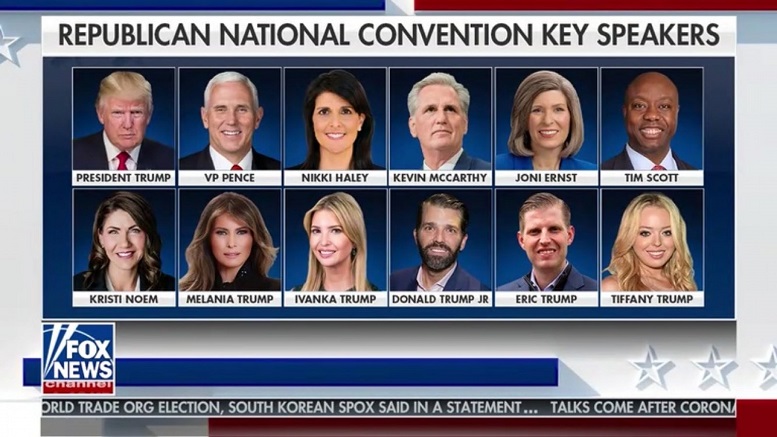 Despite assurances the RNC Key Speakers would focus on the positive, a broad assault on Democrat Joe Biden for his naked nepotism was front and center, drilling down on Biden’s son Hunter’s position on the board of a Ukrainian energy company. The attacks were relentless, with key speaker after key speaker sired by the President or related to him through marriage denouncing Biden’s shameless nepotism and the favoritism he cynically showed towards a family member. Merciless salvos from Melania Trump, Donald Trump Jr, Ivanka Trump Kushner, Eric Trump, Lara Trump, and Tiffany Trump make a powerful argument that nepotism is a very bad thing according to political analysts.

“I just don’t see how Biden survives this.”

Though he wasn’t speaking at the RNC this time, a particularly scathing take-down of Biden’s actions was made by senior White House advisor Jared Kushner in the aftermath of the devastating evening.

“The worst part of it is that Joe Biden didn’t even stop to consider if the Ukrainians wanted this fool of a son of his foisted upon them.”

Eric Trump used his key speaker slot to deliver this damning indictment of Hunter Biden’s suitability to sit on any company board, let alone an important Ukrainian one.

“He didn’t even get qualified by appearing as a judge on a prime-time reality show helmed by his father. He just had a long and successful career specializing in company law and investment advising and stuff like that!”

By the end of the evening the mood in the audience was one of simple disgust at what Biden had been allowed to get away with.

“He’s just shameless when you get down to it.”

Correction: An earlier version suggested Trump Campaign Senior Advisor and RNC Speaker Kimberly Guilfoyle was a member of the Trump family when in fact she’s just banging Don Junior. We apologize for the oversight.