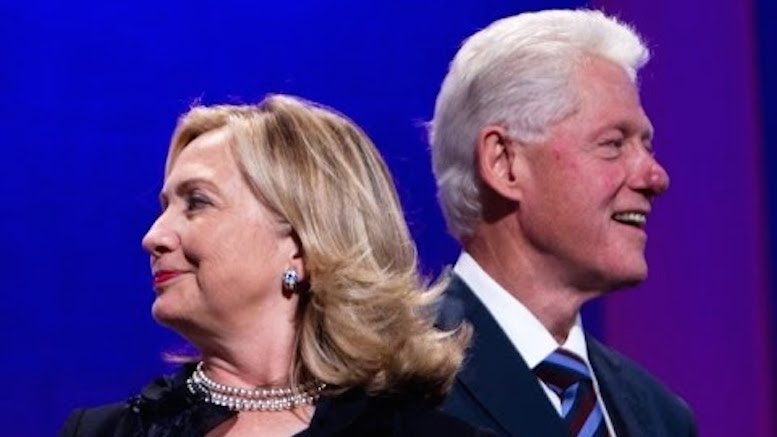 In what is being described by many as a case of just desserts, former president Bill Clinton has learned that his wife, and current presidential candidate, Hillary Rodham Clinton is being unfaithful to him with a high society gentleman called Goldman Sachs.

Though he admits he has no grounds to be critical given his past dalliances, Bill is nevertheless said to be distraught by the discovery.

“Apparently she steals away with him frequently and whispers sweet nothings in his ear, while he showers her with gifts in return.”

Despite outsiders being shocked to learn of her illicit suitor, Bill is sanguine about the development, as he understands that the myriad ways human desire manifests itself can never be predicted.

“C’est la vie, as the French say, and they know a thing or two about this.”

In a final twist, Hillary reportedly introduced Bill to her lover, and it appears a ménage à trois may now be on the cards.

“Having met him, I must admit that Goldman Sachs is a pretty amazing guy – in fact I think I’ve fallen for him too!”