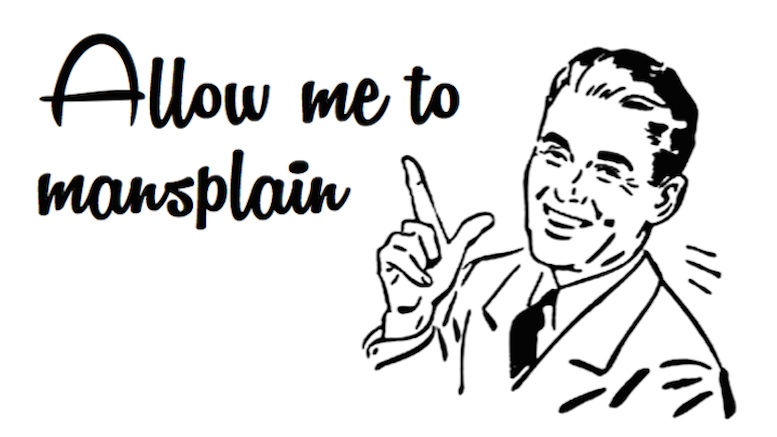 The United States may be set to lose its status as a country with only one official language, as a bill has been presented to Congress to afford Mansplaining official recognition.

Proponents of the bill argue that its passage would simply be an acknowledgement of reality, as Mansplaining is spoken daily from coast to coast – far more widely than Spanish, though it does have a Spanish dialect of its own.

“Almost half the population of our great nation speaks this language at least occasionally, primarily to the other half. And a substantial minority of them communicate exclusively in Mansplaining.”

They further point out that Mansplaining has enjoyed widespread de facto usage ever since the founding of the country, with George Washington himself having been known to employ it when conversing with his wife Martha.

The sudden demand for official recognition is thought to be in direct response to a growing intolerance of the language in certain quarters, with some people even claiming it has no place in modern America. That is why passing this bill is so important according to Mansplaining enthusiasts.

“Historians warn us that the first step in extinguishing a culture is to suppress its language, which is why granting Mansplaining status as a protected language is so necessary.”

Indeed Mansplaining is so embedded in the fabric of the nation that even the US Supreme Court has been known to employ the language in its rulings, though its usage has declined in recent times with the loss of fluent speaker Antonin Scalia.

The fact that three current members of the bench are completely ignorant of the language – lacking even basic comprehension skills – suggests its hold on the upper echelons of American jurisprudence may be tenuous.

Still there is every reason for supporters of the bill to remain optimistic.

“Though some people are set on eradicating this great language, it is thankfully still being taught at a very young age to many of the leaders of tomorrow.”