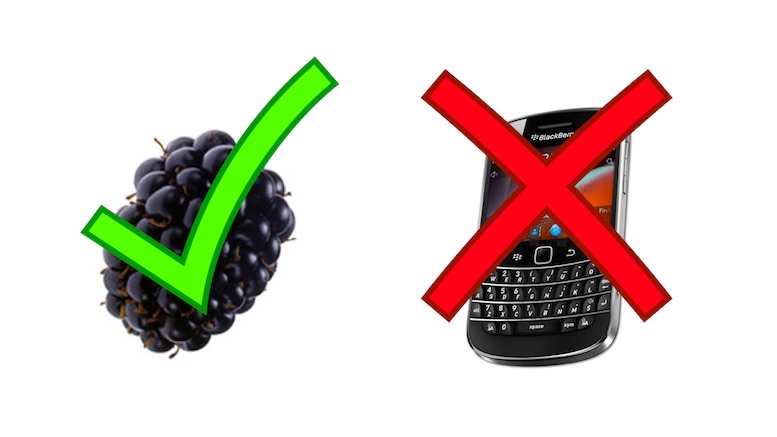 (Waterloo, ON) Once legendary mobile phone manufacturer Blackberry Ltd. [BBRY] has announced that it will no longer produce handsets after 14 years in the business.

With Blackberry smartphone sales on the decline for some time now, executives thought about switching to a software-only operation that would leverage their strong reputation for secure mobile communications. But this has only ever proved attractive to corporate clients, and what the company really wants is to appeal to the huge segment of personal consumers.

“We asked ourselves what’s the most valuable thing about Blackberry, and realized the answer is right there in the name.”

Focus groups confirmed that consumers much prefer Apple and Android devices when it comes to phones, but they also turned up another result – people love to eat blackberries. The switch is not anticipated to be easy, as hi-tech manufacturing facilities designed to mass produce smartphones do not lend themselves readily to growing bramble fruit. But Blackberry CEO John S. Chen is determined to succeed.

“We’ve already figured out that we need to replace the roofs in our factories with glass to let sunlight in, and we’ve invested heavily in compost, so we’re off to a great start.”