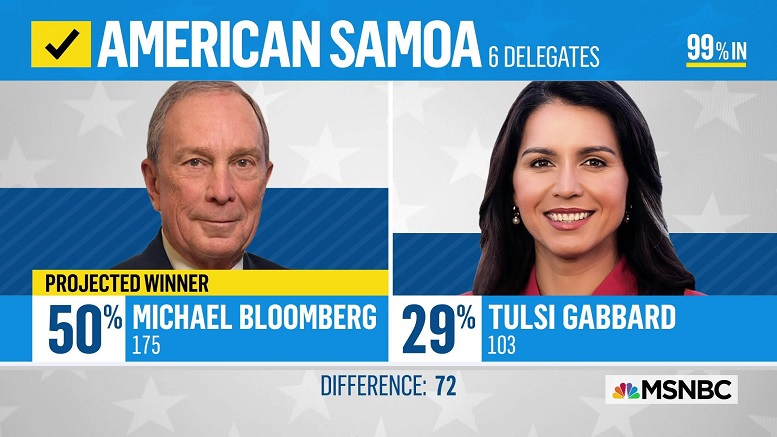 As the extent of the failure of his Super Tuesday became apparent, Mike Bloomberg received some good news today after learning he won the American Samoa caucus and is projected to receive four of the six delegates up for grabs.

“Since you paid $125 million for each of them it’s only fair you get to take them home.”

Though they will have zero influence in the convention, they will be made available to Bloomberg to do any chores around the house he needs done.

“We realize you probably already have staff for that that you’re paying $10 per hour, but since you’ve already dumped half a billion into these delegates you might as well get something out of it.”

Though the other two delegates won by Tulsi Gabbard will not be transferred to her ownership as she didn’t spend nearly as much on them, they will be available to her as coffee buddies for a limited time.

“Just name the Starbucks of your choice and they’ll be there.”