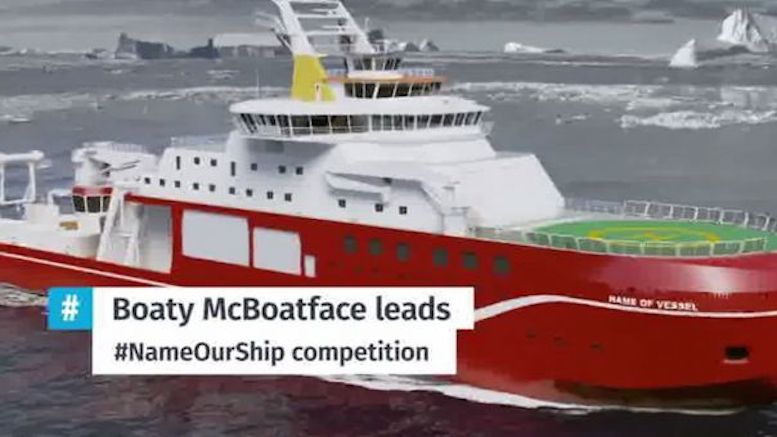 The United Kingdom’s vote to leave the E.U. has come as a shock to everyone, and explanations have abounded as to how the Leave Europe campaign could have won so decisively. Initially it was thought to reveal anti-immigrant sentiment that ran much deeper than first believed, or anger at the widening gulf between the haves and have-nots.

However further analysis has revealed the true origins of the shocking result: the voters prior experience with an online poll to select the name of a British Antarctic research vessel. The overwhelming wishes of the public in that instance – that it be named ‘Boaty McBoatface’ – were dismissed. The ship was instead named after broadcaster and naturalist Sir David Attenborough, who only came a distant fourth in the poll.

Given their experience with the Boaty McBoatface poll, it’s now understood that many people had no expectation that their wishes in the E.U. referendum would be respected. They therefore voted to plunge the UK into existential chaos not known since the Second World War ‘for a laugh’, while fully expecting that unseen forces would later override them in favour of a more sober and sensible outcome.

Fortunately this revelation means there is hope that a second referendum on E.U. membership would have the opposite result, as many jaded people who voted to leave last Thursday would presumably vote to remain if they were assured the result would be taken seriously.

In contrast, a repeat of the ship-naming poll would almost certainly yield the same result as before, as everyone who voted for Boaty McBoatface really did want the ship to be named that, including Sir David.