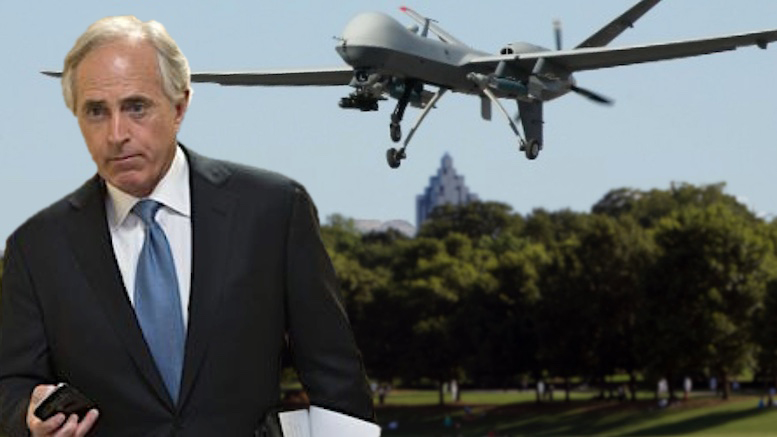 Senator Bob Corker of Tennessee, who has embarked on a scathing critic of President Trump, expressed some concern today about a drone that appears to be following him around.

“I think it appeared on Monday. Did Amazon announce anything about a faster delivery service recently? Because I did order something using Prime shipping.”

Though he believes it’s probably just some kids goofing around, Corker did note that the drone looks quite large and expensive, and may have ‘Lockheed Martin’ written on the side.

“It made a strange sound this morning, kind of pffffffft like when something malfunctions – but that could mean anything, right?”

He says he will call Senator Jeff Flake later to see if there’s a drone following him too, in which case he says will be concerned given that President Trump inherited the apparatus and precedent for assassinating U.S. citizens from his predecessor.

“Not one of Barack’s better moves, I have to say.”