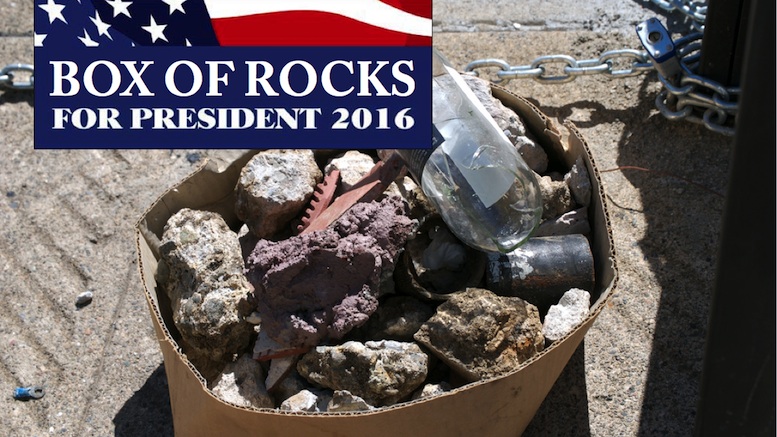 In a further blow to the pride of both Hillary Clinton and Donald Trump, political experts say President Obama and even a Box of Rocks could have prevailed in the recent election, if the Constitution had permitted either of them to run.

While President Obama could have won on the basis of continuity, absence of scandal and a likability rating that wasn’t lower than the Mariana Trench, the fact that a Box of Rocks could have won is igniting far more interest. Observers say a Box of Rocks – or any inert object – possesses a number of key advantages over Trump that could explain the finding, which include:

Not irrationally tweeting at all hours of the day and night.

When reached for comment about launching a Presidential bid in 2020, a Box of Rocks remained silent, which political observers say is a clear indication it intends to run.