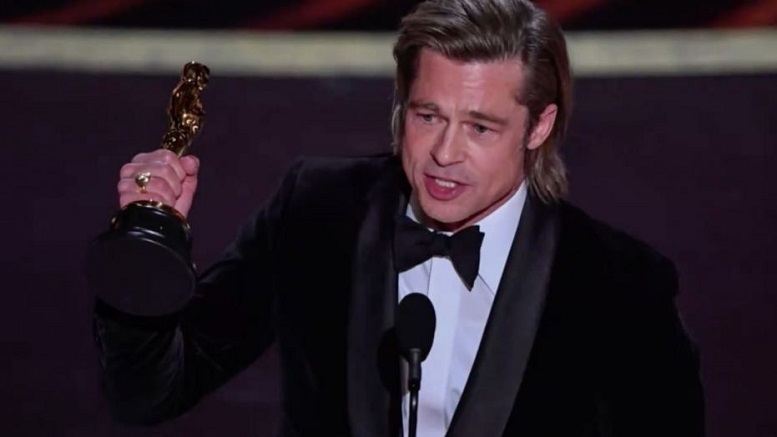 As he accepted his first acting Oscar, Brad Pitt said he couldn’t have done it alone and wanted to express his gratitude to his ripped tanned torso from the rooftop scene in Once Upon A Time In Hollywood.

Pitt also gave a shoutout to the toolbelt he worked alongside that pushed him to take things to a even hotter level.

“You were the John Cazale to my Pacino.”

As he started to tear up, Pitt described how his torso had been there to support him from the very beginning when they appeared together in a film called Thelma & Louise.

“Without the encouragement of you and that cowboy hat that is sadly no longer with us I wouldn’t be standing here today.”