12 April 2015 – Hillary Clinton today announced she is taking a leading role in the 2016 media stimulus package. The public funding program was initiated in the 1960s to provide a handout for broadcast and print media that claim to be self sufficient.

To avoid hurting the industry’s fragile self-esteem, the stimulus money is nominally provided for running “advertisements” in return. To ensure maximum money is available for payment to the media, the ads themselves are always cheaply produced with shoddy productions values, an over-reliance on black and white imagery, and voice-over artists who have severe colds.

It is also a long-standing tradition for stimulus organizers to arrange themselves into opposing teams and hurl playful insults at each other. Said one official:

“It’s the best way we’ve found to inject billions of dollars into the media industry every fours years with smaller stimuli in the intervening years.”

Hillary is pleased to be able to help the US media stimulus again, after having such a great time participating in the 2008 stimulus.

“I’m looking forward to all of the juvenile horseplay in the name of ensuring our commercial broadcast networks remain financially viable.”

Conversely, PBS, despite being a frequent target of opportunistic politicians, only receives a flat federal subsidy covering a fraction of it’s budget and yet manages to produce quality programming without being part of the ongoing multi-billion dollar stimulus package. 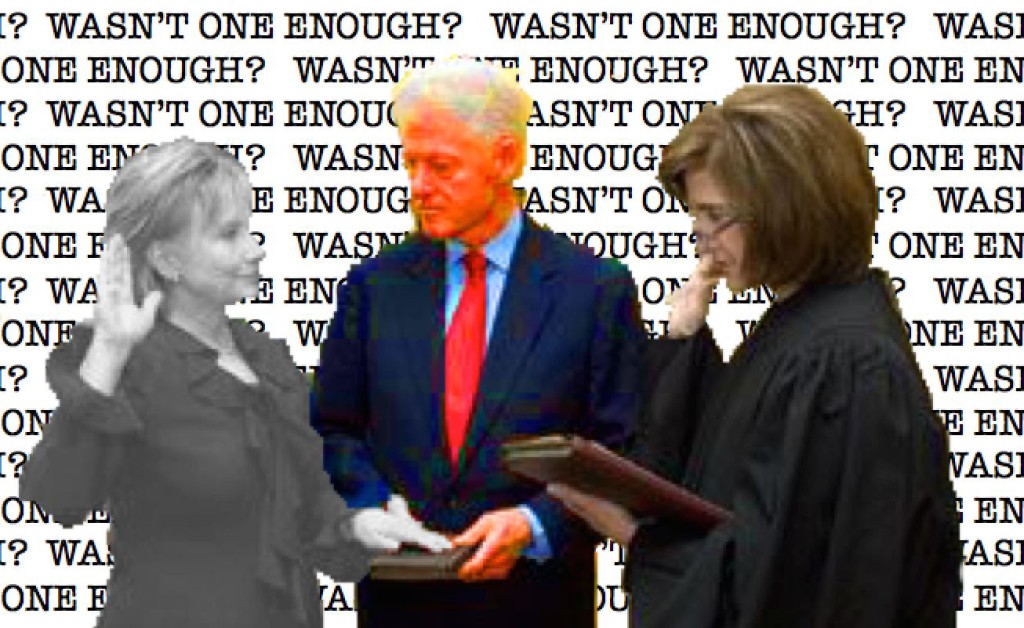 Be the first to comment on "BREAKING: Hillary Clinton Announces Her Participation in 2016 Media Stimulus Package"