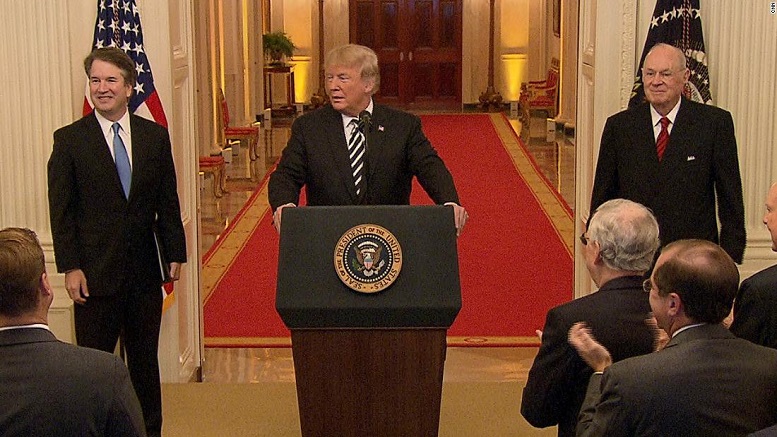 After thoroughly enjoying the elevation of accused attempted rapist Brett Kavanaugh to the bench, President Trump today said he wanted it to be more of a challenge next time.

“That was too easy. I’d only started having fun when he was confirmed!”

Trump says he wants his next nominee to have a harder process, so he gets to see more hysterics from Lindsey Graham.

If and when another vacancy arises, Trump said he will look to nominate a reputed murderer who knows his way around a court so Susan Collins gets to make an even longer speech before falling into line.

“Someone tell O.J. to get himself a law degree ASAP.”