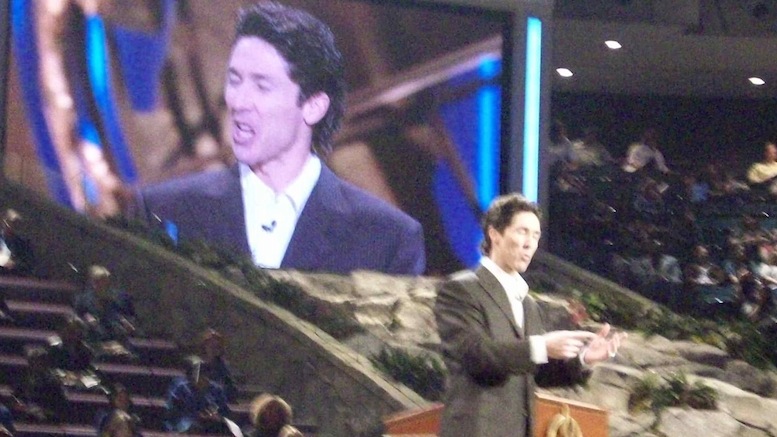 While the business world used to talk about the late Steve Jobs in shining terms as the true genius among them, the new name on everyone lips these days is entrepreneurial superstar Joel Osteen.

The fresh-faced pastor has made a fortune selling afterlives which he takes upfront payments for, even though his products are not made available to his customers until after they are deceased. To say that America’s top business analysts are impressed would be a serious understatement:

“Legal contracts and obligations don’t survive death so that right there is a stroke of genius – he literally owes them nothing. Though how he manages to keep pulling the same stunt over and over again is beyond us!”

Even better, say experts, is that if a clever lawyer devised a workaround, the wily Osteen would still escape the clutches of the courts, as he’s set himself up as a middleman, with the ultimate responsibility for service provision passed on to a third party called God.

“In my car manufacturing business I’m careful to use a chain of legally distinct suppliers so if there’s a fault that I can isolate to a defective part – as opposed to the overall design – then I can blame it on them. But Joel Osteen offloads all of his deliverables onto some guy who doesn’t even have a customer support line. It’s freaking inspired from a business perspective!”

This leaves unsatisfied customers with little recourse to go after Osteen who is effectively shielded from litigation, requiring them to file suit against God instead. But even that is not the most impressive feat this business wunderkind has managed to pull off.

“You know how we CEOs are always lobbying to keep the corporate business tax as low as possible. Well guess how much tax Joel Osteen’s business pays – zero. You heard me – ZERO! What a guy.”