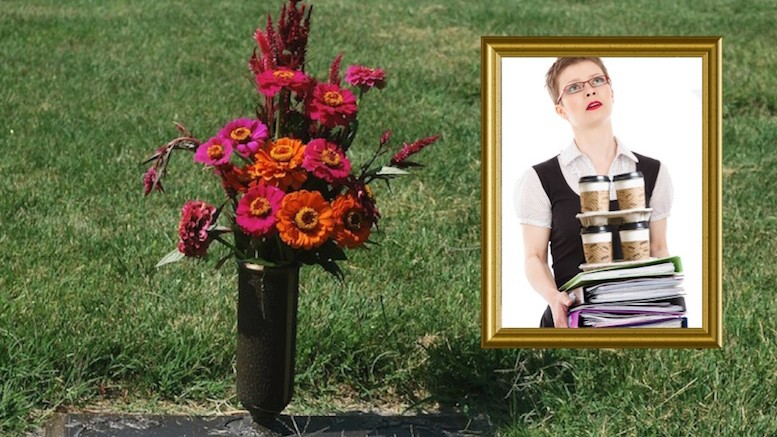 Jane Chattaly was remembered today for her bright smile and positive attitude and especially for all the diligent work she did as part of the many unpaid positions she held after completing her graduate study. As a colleague from her college days recalls, even that was essentially an unpaid internship too.

“We took on all the departmental teaching duties for a very modest stipend, so the research we did was basically like an unpaid internship for Professors who would never retire – so there weren’t any jobs available for us once we graduated. But we did get a PhD in English Literature. It looks nice on the wall.”

With the academic route closed, Jane assumed her scholarly knowledge of the English language would land her a prime job in the world of commercial advertising, but she quickly learned that her years of study would count for little. A graphic design firm did offer her an unpaid position to gain valuable work experience, which they promised would lead to a proper job.

“We really enjoyed Jane’s time with us – her frothy cappuccinos were the stuff of legend. But unfortunately the legally-mandated end of her unpaid internship coincided with a time when we unfortunately had no vacancies.”

Though there were no real jobs available at that company, word of mouth about her interning skills spread like wildfire, which opened up opportunities to toil for nothing in other areas. A local law firm soon beckoned.

“People think interning here is only for prospective lawyers, but Jane turned out to be a great unpaid paralegal intern. One of the other partners once asked me how she survived with no income. I said I’d heard she bagged groceries at night and ate a lot of noodles. That seemed to satisfy him.”

Then Jane was sent on a fateful dash across the street to fetch sixteen pumpkin spice lattes, which had just become available at Starbucks. Due to her intense concentration on not spilling a single drop, she never noticed the lights had changed.

“Ironically we were just talking about offering Jane an entry level position with salary. Nothing was definite, mind you.”

Jane and her free labor will be greatly missed.