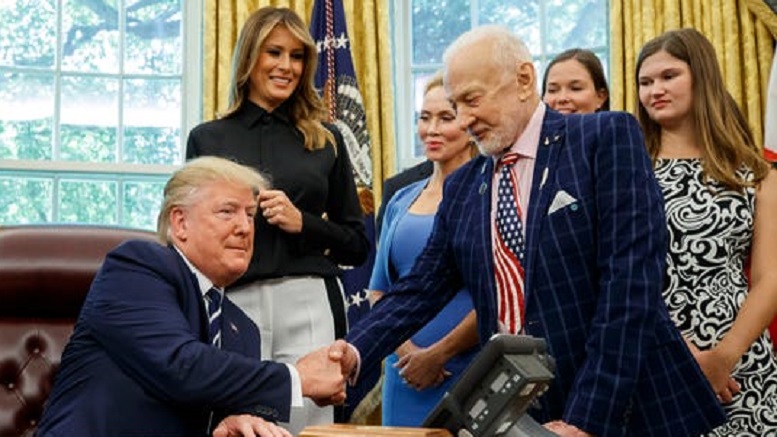 As celebrations take place on the anniversary of the first moon landing, second man on the moon Buzz Adrin today marked the occassion by punching another conspiracy theorist in the face.

Aldrin said that, at age 89, his right hook is not quite what it used to be.

“But I can still lay an Apollo-denier out flat.”

Earlier Aldrin met with President Trump in the White House, and admits he was waiting for Trump to say the moon landing was a hoax just like climate change.

“I was kind of hoping the President would say it was faked so it could have been him.”

Instead Aldrin stumbled across a denier while out shopping and left him sprawled out in the parking lot.

“Finding one was easy – guess there are more crazies around these days!”