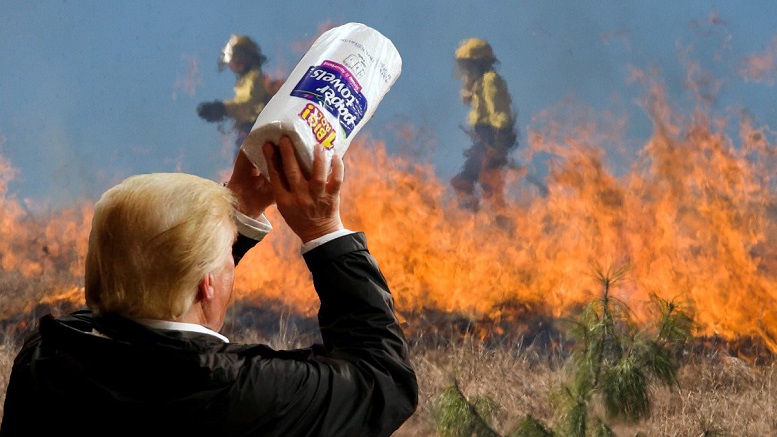 (Sacramento, CA) Firefighters described a worsening situation in Northern California today, after a visit by President Trump during which he added fuel to the raging blazes.

“We asked him to help us and he just started throwing Bounty.”

Local officials protested the counterproductive action, but Press Secretary Kayleigh McEnany defended the President, saying they should have known what they were getting into when they requested Trump’s assistance.

“Everyone knows this President’s standard disaster response protocol is turning up to throw paper towels at it in front of the press.”

She said local officials should not have requested his help if they didn’t want dried-out wood pulp tossed into the area. Trump himself later tweeted that criticisms of his disaster response were Fake News.

“I throw the the best paper towels. Nobody throws better paper towels than me. If Biden wins he’ll be throwing store brands that don’t even have select-a-size. Sad!”