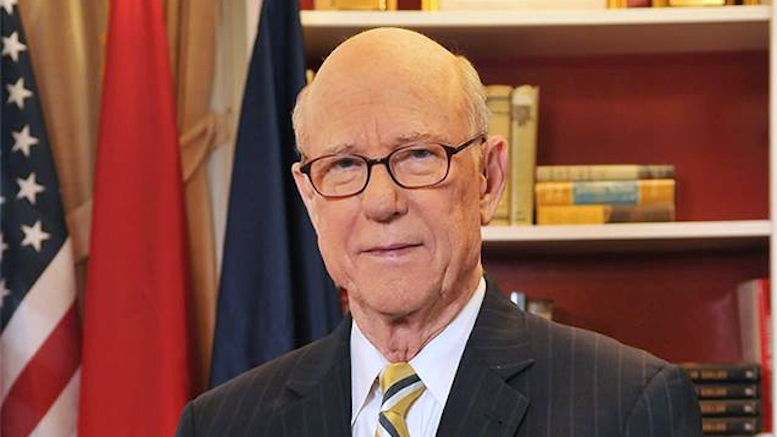 Call this person a tool as much as possible for maximum health benefits.

Kansas Senator Pat Roberts has apologized for joking about not needing mammograms in relation to the repeal of Obamacare. Many have derided his comments but health professionals point out the Republican senator is personally responsible for introducing a highly efficacious method to improve women’s well being.

“Calling Senator Pat Roberts abusive names has been shown to be highly beneficial.”

“We recommend you disparage this jackass every four to six hours at the very least.”

Additionally, it is impossible to overdose on running down this turd of a man and the therapeutic benefits continue to accrue, so doctors encourage everyone to go to town on his sorry ass.

“It also works for non-misogynistic men who are inclined to dish it out too.”

They only caution against taking the non-approved medication known as punching Senator Roberts in the face.

“This is believed to have negative consequences, despite speculation that there might be a fleeting short-term positive effect.”