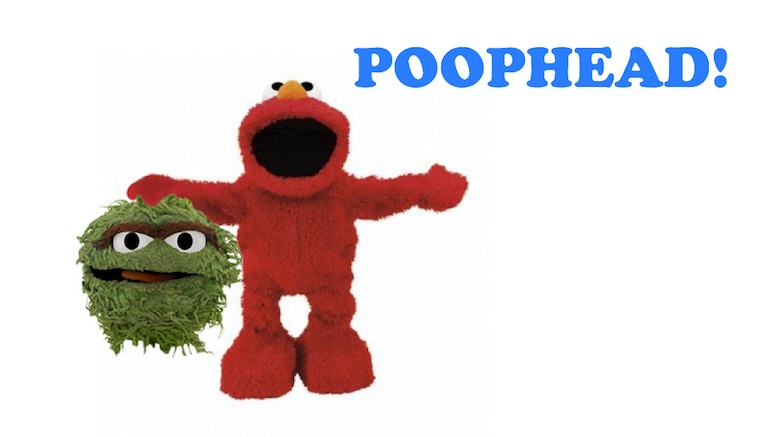 The Sesame Workshop (formerly the Children’s Television Workshop) is in damage control mode today after one of their most popular stars, Elmo, got into hot water by releasing a tasteless photograph depicting the cute Muppet holding the severed head of a fellow Sesame Street resident, which was followed by the use of a vulgar epithet that cannot be printed in full here.

Executives said they will be launching a full investigation into the incident, however critics say that is just a smokescreen and that the Sesame Workshop has become increasing out-of-control since entering into a partnership with HBO.

Elmo tried to put out the media storm by quickly apologizing for the offensive photo, saying it was meant to be a humorous commentary on the widely-acknowledged negative personality of its target.

But victim of the prank, Oscar the Grouch, responded that the picture was intensely distressing for his loved ones, and that Elmo should be permanently banished from Sesame Street. Despite this, many residents suspect he is being disingenuous in his outrage and simply wishes to punish Elmo as a warning to future upstart Muppets who dare to make fun of him.

Perhaps even more problematic for Elmo is the word ‘p**phead’. Though it was supposedly uttered in the context of an ill-advised joke and Elmo claims to love all the people of the world and wants to give them hugs, the use of the loaded invective may be one step too far.

A vocal group says any use of the mean word should be automatic grounds for dismissal, though Elmo’s supporters say that is ridiculous and that, in any case, many of the people complaining about his use of ‘p**phead’ are opportunist hypocrites who say it themselves in private to describe others in a purely hateful way.